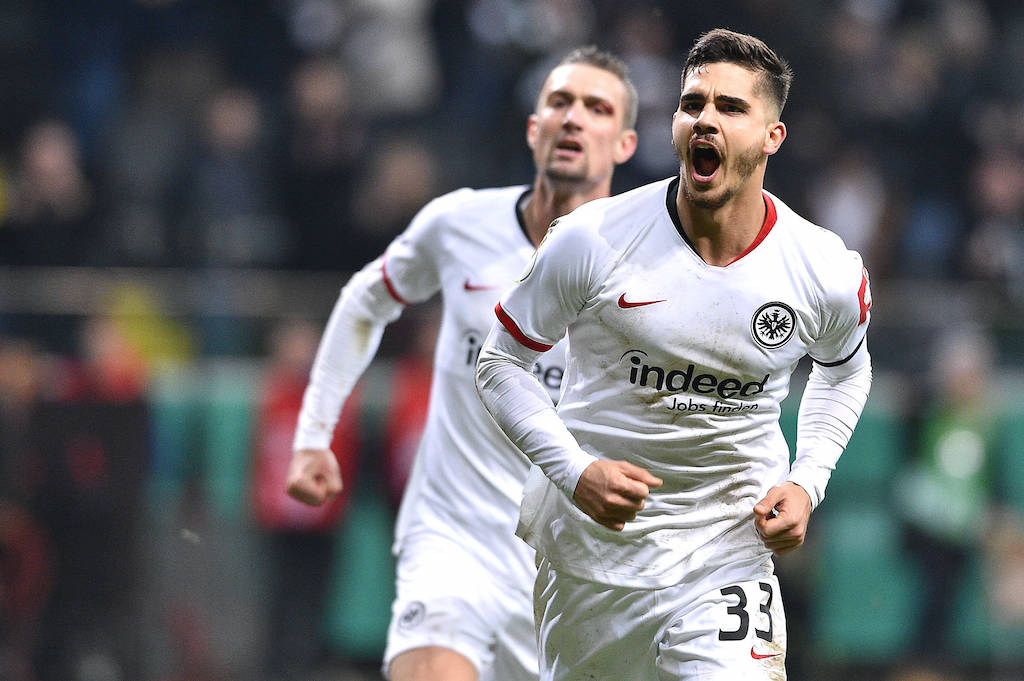 AC Milan should be able to demand more from Eintracht Frankfurt when they sit down at the negotiating table over Andre Silva, a report claims.

The Portugal international arrived at Milan back in 2017 from Porto for a fee widely reported to be in the region of €38million, but he never settled and was sent to Eintracht Frankfurt on a two-year loan last summer after a failed loan spell at Sevilla last season.

After an inconsistent first half of the season, Andre Silva has exploded: he has scored seven goals in eight Bundesliga games since the restart for Eintracht, making it 15 goals and five assists in all competitions this campaign.

According to Calciomercato.com, the Rossoneri initially believed that they would be able to recoup around €20million from the permanent departure of the former Porto man.

However, given his recent exploits in the Bundesliga Milan have been left smiling knowing that his asking price is rising every time he scores.