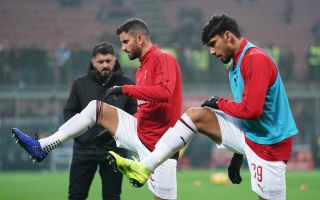 AC Milan are ready to put three players up for sale in the upcoming transfer window to raise funds for the mercato, a report claims.

According to Calciomercato.com, the trio of full-back Ricardo Rodriguez, centre-back Mateo Musacchio and midfielder Lucas Paquetà can all leave Milan ahead of the 2020-21 season after difficult campaigns for various reasons.

Rodriguez found himself stuck behind Theo Hernandez in the pecking order and so went out on loan to PSV Eindhoven who could try to sign him permanently.

Musacchio started the season as an important part of the starting XI but now appears to be behind Matteo Gabbia and Simon Kjaer in the pecking order to be Alessio Romagnoli’s partner.

Finally, Paqueta has had a disappointing season where he has struggled for opportunities despite having been tried in various positions. He was heavily linked with an exit in January, and if the right bid arrives in the summer he will be allowed to leave.