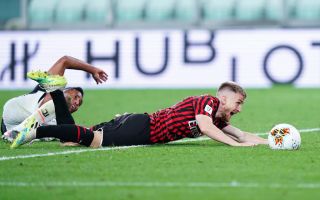 As MilanNews.it reported this morning, AC Milan will have until the end of the season to decide on the loanees, having reached an agreement with the expiring players to sign a short-term renewal.

Alexis Saelemaekers is one of the players who will extend his contract with the Rossoneri until August, having arrived on loan from Anderlecht in January. However, it seems that his future at the club will extend beyond this season.

According to Calciomercato.com, CEO Ivan Gazidis intends to honour the agreement made with the Belgian side. He will, therefore, trigger the €3.5m clause to secure the midfielder on a permanent basis as seemed to be the plan from the beginning.

After all, it makes sense given Saelemaekers potential, age (21) and above all because Milan paid €3.5m for the loan in the first place. The operation will thus cost the Rossoneri €7m in total and now it’s up to the player to perform on the pitch.