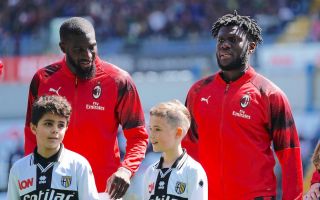 Mediaset: Milan make progress in deal for midfielder during talks with Chelsea over Giroud – the latest

AC Milan are continuing to make progress over the return of Tiemoue Bakayoko from Chelsea, according to a report.

Bakayoko has never hidden his attachment to Milan, where he spent the 2018-19 season on loan under then-manager Gennaro Gattuso, and rumours have been rife ever since that he could eventually return to the club.

According to what Claudio Raimondi has told SportMediaset (via MilanNews), the axis between Milan and Chelsea continues to be very hot and during talks over the deal that will bring striker Olivier Giroud to the Rossoneri in the next few hours, the foundations have in fact been laid for the return of Bakayoko.

The 26-year-old Frenchman has given Milan priority despite the fact Napoli want to renew his loan for another year. His deal was set to expire in June 2022 originally but – just as they did with Giroud – Chelsea will unilaterally renew his contract until 2023. This does favour a possible loan formula, however.

READ MORE: Eintracht Frankfurt star becomes an idea for Milan – Hauge could be included in the deal