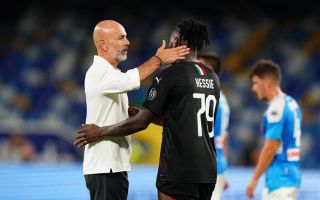 CM: Milan move to armour Kessie as the big names in Europe circle – the latest on his renewal

AC Milan want to avoid another renewal saga and resolve the future of Franck Kessie sooner rather than later, a report claims.

As Calciomercato.com reports, yesterday’s performance in Verona certified – as if we needed any further proof – that the Ivorian is one of the leaders of this Milan team despite being just 24. He recovered a lot of balls and was careful in possession, shielding the back four and contributing to the build-up phase.

Ivan Gazidis has given a mandate to Maldini and Massara to carry out the renewal of Kessie’s contract which is currently set to expire in June 2022. There have already been some contacts with his agent, and the idea is to offer a pay rise from the current €2.2m net per season he earns to €3m.

Milan’s plan is to move in advance to avoid cases similar to the Donnarumma and Calhanoglu ones where time has become a pressuring factor. There is also the factor that the former Atalanta man is coveted by various European clubs, including several Premier League and La Liga teams that are at the window to see how the situation will evolve.