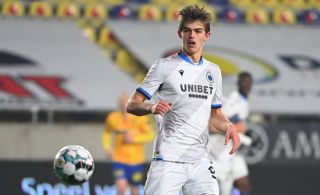 CM: Milan open talks with entourage of Club Brugge playmaker – why he fits the Elliott mould

Charles De Ketelaere is one of the best emerging talents in Belgian football, and therefore it is no surprise that Milan are attentive to his development.

As Calciomercato.com reports, the attacking midfielder received a lot of recognition thanks to his excellent performances in the Champions League but also in the Belgian First Division, becoming probably the stand-out star of football in that country in 2020.

The scouting team – headed by Geoffrey Moncada – are constantly in touch with technical director Paolo Maldini and sporting director Frederic Massara, and they have included De Ketelaere in their list of potential targets for the future.

The left-footed attacking midfielder has shown a certain tactical flexibility in recent weeks, something which has seen him play as both a support striker and as a winger, all useful positions in Pioli’s 4-2-3-1.

In addition, he is a profile in line with the vision of owners Elliott Management, who are keen on making investments in young players, possibly not yet fully established and therefore available at respectable costs.

The management have moved and have started talks with the player’s entourage, which is a signal that the club want to act in advance. The Saelemaekers and Hauge signings are there to prove that this regime are not afraid of gambling on talent.

READ MORE: A background on the Primavera stars in the squad to face Torino