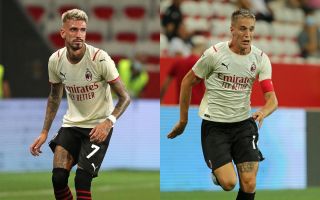 AC Milan are looking to offload two players in the January window that are no longer deemed a part of their plans, according to a report.

According to the latest from Calciomercato.com, the Rossoneri management are already planning for the January transfer window and have two players in mind that they want to try and find new accommodation for.

The players in question are the right-sided duo of Andrea Conti and Samu Castillejo, two players that are not in Stefano Pioli’s plans and have not appeared for a single minute in Serie A so far this season.

The former returned from a loan spell at Parma but they chose not to use their option to buy him after being relegated to the second division again, while the latter was linked with a late move to both Spain and to CSKA Moscow but in the end it did not materialise.