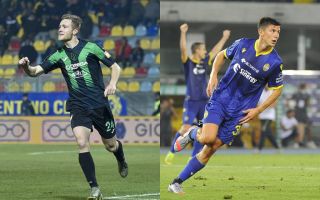 CM: Milan prepare for important midfield overhaul – could include loanee and Verona star

Although the season has just ended, the next one will start in a month’s time. AC Milan are thinking about the future and to compete for a Champions League spot, they need to reinforce their squad.

The Rossoneri finished 6th and will thus start their season with the playoffs for Europa League. Should they advance to the group stage, then they will compete in three competitions next season, meaning squad depth is needed.

According to Calciomercato.com, Stefano Pioli has asked Paolo Maldini and Ricky Massara for a squad with important depth. This past season, the manager often opted for the same starting eleven, while he also struggled with some key absences.

Reinforcements will be needed, especially in the middle, where the lack of depth has been evident. Lucas Paqueta has failed to perform and Rade Krunic is destined to leave, just like Jack Bonaventura and Lucas Biglia.

In other words, as the report continues, reinforcements are needed for what will be a new-look midfield. Matteo Pessina and Tommaso Pobega are two players that could be part of the Rossoneri squad this upcoming season.

The first, of course, was a protagonist of Hellas Verona’s great season, scoring seven goals in 35 games and performing on a very high level. The other, meanwhile, has played an important role for Pordenone in the ongoing Serie B playoffs for promotion.

Young, talented and with costs that won’t weigh much on the budget (Pobega came from Milan’s academy), three characteristics that go well with the Elliott project. For Pessina, there was a meeting at Casa Milan on Monday with his agent.

The Rossoneri have a 50% resale clause for the midfielder, which means they can sign him for half the price compared to the other clubs interested. Meanwhile, evaluations are underway regarding Pobega, who could extend his contract until 2025.

He will finish his loan spell with Pordenone first, of course, but then he could join Milan’s first team for the pre-season. A decision will be made in the coming weeks.

READ MORE: Milan not giving up on Chelsea man who had amazing 2018-19 season – the strategy