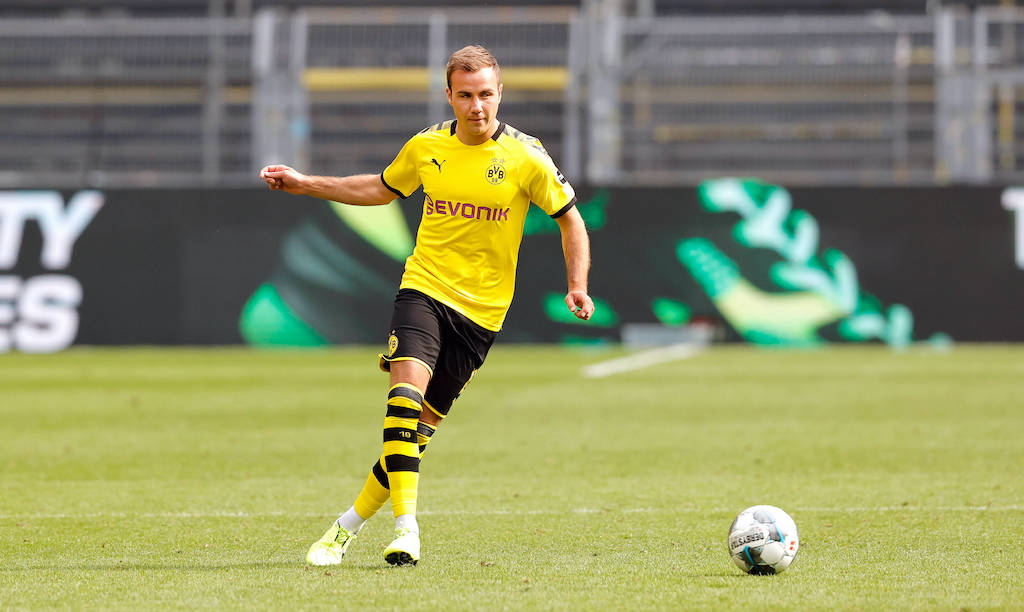 Mario Gotze will say goodbye to Borussia Dortmund in the coming summer on a free transfer with Milan interested on one condition.

That is according to Calciomercato.com, who recall the comments of Dortmund director Michael Zorc on the future of the playmaker during which he bluntly stated: ‘”Gotze will leave Dortmund.”

At the moment, the signals point to a move to Serie A to facilitate the working interests of his wife Ann-Kahtrine, a model who is often divided between Milan and Rome for fashion shows and photoshoots.

In January, Gotze was very close to the landing in Italy when CEO Zvonimir Boban tried to sign him for Milan. However, the Croatian has now left, there are doubts about Paolo Maldini’s future and the Rossoneri are preparing to welcome Ralf Rangnick in an omnipotent role.

Despite typically preferring younger attackers, the German coach gave his approval to the Gotze operation, and the 27-year-old has even changed agents to try and force the move.

Contacts have been established for some time and Milan would not reject the chance to sign the 2014 World Cup winning goalscorer, but he must take a huge pay cut from €8m-a-year to the €3.5m ceiling the club want to impose.

Lazio are also keen but face the same issues with regards to salary, so if Gotze really wants an adventure in Italy then he will have to come to terms with a pay cut.