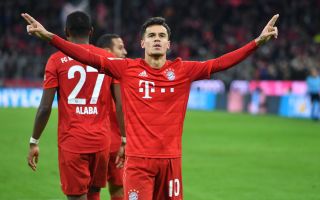 CM: Milan ready to pounce on Barcelona’s Coutinho under one condition – the situation

AC Milan would be ready to pounce on the signing of Philippe Coutinho if certain conditions were to occur, according to a report.

Calciomercato.com writes that Milan are about to announce two signings as by Wednesday the return of Sandro Tonali will be made official, and the deal is all done with Real Madrid for Brahim Diaz’s return.

Now, the Rossoneri are evaluating all the opportunities that the market offers, especially in the role of attacking midfielder as a quality replacement for Hakan Calhanoglu is needed. The idea of Paolo Maldini and Ricky Massara is to sign an unwanted player from a big club; a profile that can bring quality and experience at low costs.

Among the many names that have been linked with Milan, that of Philippe Coutinho stands out. Barcelona need to significantly reduce the salaries of the first team in order to be able to afford the official renewal of Lionel Messi plus the other free transfers they want to make.

This is why the Brazil international has been put on the market at an affordable price, and sporting director Ricky Massara greatly appreciates the qualities of the 29-year-old, making an enquiry with the agency who represent Coutinho.

There is no real negotiation at present as the €12m net salary he earns is definitely out of reach for the Rossoneri, but if the player were to open to a discount on that amount in the coming weeks, Milan could seize the opportunity.