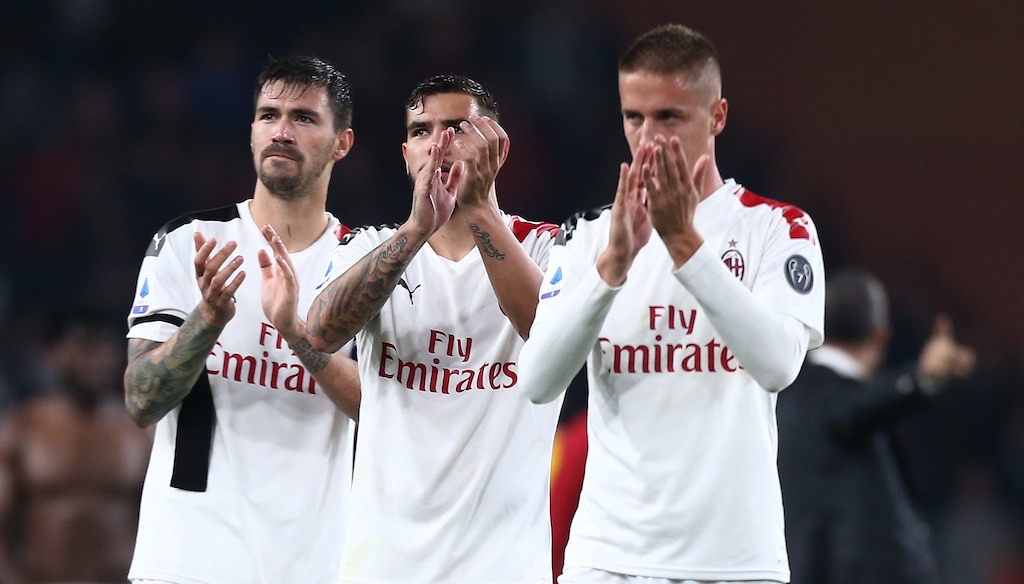 Just a few days in the summer transfer window remain and AC Milan must still find a way to resolve the future of Andrea Conti.

Calciomercato.com reports that one of Milan’s missions in the summer window was to to find a new home the players who are not at the centre of the project. Jens Petter Hauge moved to Eintracht Frankfurt where he will have more chances to show off his undisputed talent, while Mattia Caldara has gone to Venezia.

Now, the time has come to try and resolve Conti’s future, given Calabria, Florenzi and Kalulu are all above him in the pecking order at present with little to suggest he has a chance of climbing the hierarchy.

Conti was heading towards Sampdoria but then that went quiet, and he was linked to Atalanta but no concrete offer was made to Milan. Given that his contract expires in 2022, the Rossoneri management are not asking for a huge amount, especially with only two clubs now in the running.

Cagliari and Genoa are the clubs still keen, and the president of the latter held talks with his entourage, but they want Stryger Larsen from Udinese too. Time is running out for Conti and for Milan.