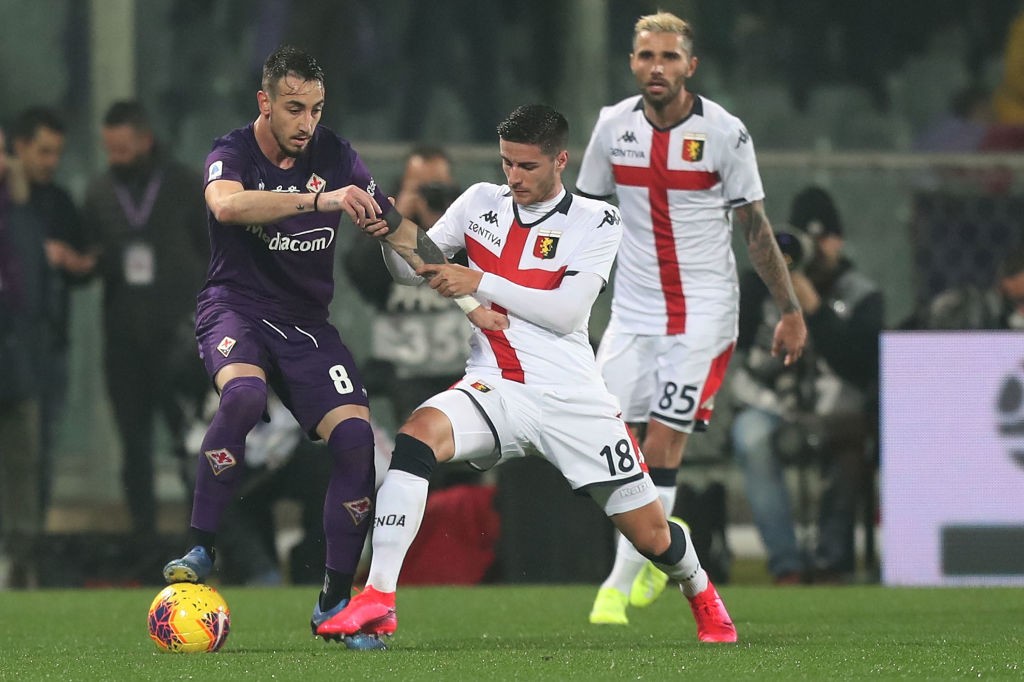 AC Milan will be keeping a close eye on Genoa defender Paolo Ghiglione during this weekend’s game at San Siro, a report claims.

The Rossoneri have struggled for consistency on the right side of their defence all season, with Andrea Conti and Davide Calabria each failing to last more than a handful of games at a time due to injuries, suspensions and general poor form.

Numerous outlets have suggested that it is an area that Paolo Maldini and Zvonomir Boban will look to address in the summer by making a purchase with a similar impact to Theo Hernandez, who has been exception since arriving from Real Madrid.

As Calciomercato.com note, Milan will ‘undoubtedly’ be taking a look at Ghiglione, who has one goal and five assists in 22 games in all competitions for the Rossoblu so far this season in a campaign which has seen them struggle.

The right-back has returned to training just after several weeks out injured and should be available to head coach Davide Nicola Sunday’s matinee game, and if used then the report claims he ‘will be monitored with extreme attention by the Rossoneri management’.

Ghiglione has long been a target of Milan’s market and in June they would like to sink the blow, Calciomercato conclude.