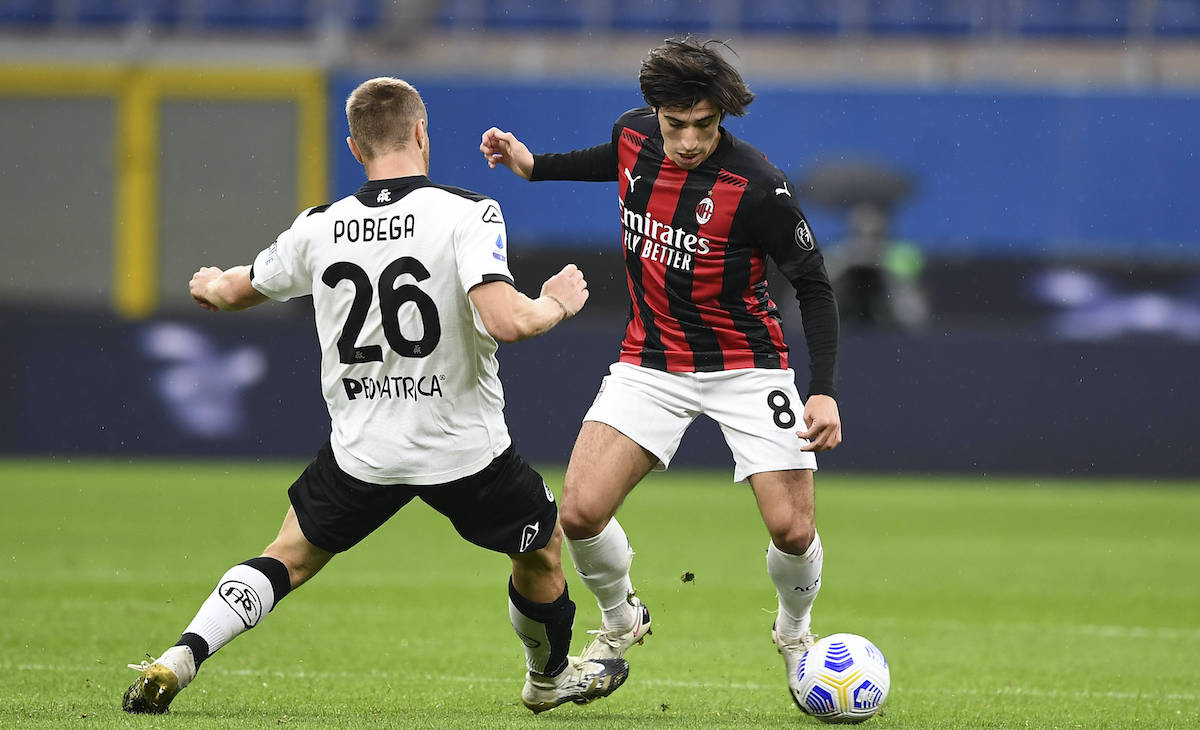 CM: Milan to ask for discount on €15m midfielder deal; Pobega could stay for specific reason

AC Milan are expected to try and secure a discount on Sandro Tonali’s option to buy while Tommaso Pobega’s future remains unclear, a report claims.

Milan beat the competition of a lot of other top clubs to land Tonali last summer on a loan with option to buy deal, but some speculation has emerged suggesting that the Rossoneri are looking to negotiate the option amount down. According to Daniele Longo of Calciomercato.com on Twitter, the Rossoneri will indeed look for a discount on the €15m they would have to pay to make Tonali’s move permanent, with developments expected in the coming days.

Meanwhile, Calciomercato.com are reporting that Milan are thinking about the return of Tommaso Pobega. He is a player in demand especially abroad as he shone at Spezia this season after an excellent year in Serie B in Pordenone last season. However, he could be useful to the Rossoneri for European squad lists which require home-grown players and for this reason he may return and remain.