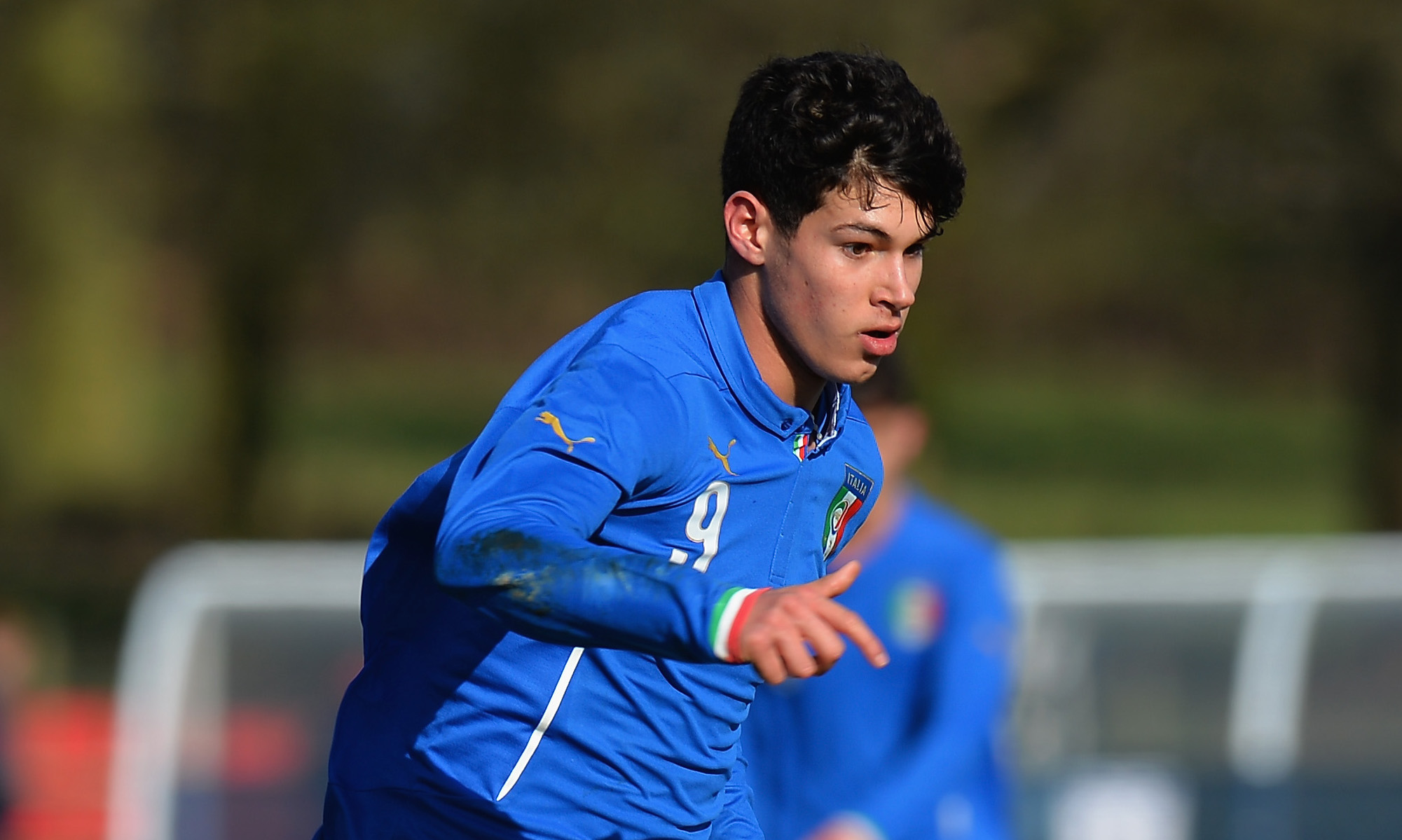 Genoa’s Pietro Pellegri is one of Italy’s most promising strikers, and according to reports AC Milan are interested in his services.

The 16-year-old has already scored his first Serie A goal attracting the interest of two big European clubs.

Calciomercato.com claims that both AC Milan and Manchester City are interested in signing the prolific striker, who scored his first Serie A goal against Roma on the 28th May, on the day of Totti’s farewell to the giallorossi.

AC Milan have already made contact with the player’s agent Beppe Riso who is the representatives of some of the most promising Italian players out there: from Mattia Caldara to Roberto Gagliardini and Andrea Petagna, Riso has the future of many Italian prospects in his hands.

Manchester City have invited him and Pellegri to visit the club’s training facilities but Genoa are not open to sell their starlet.

Milan will try to get a first option clause or they will try to sign him this summer leaving him out on loan at Genoa for the next two seasons.

Pellegri wants to stay at Genoa at the moment but both Man City and AC Milan believe he is one of the most promising strikers in Italy and Europe.