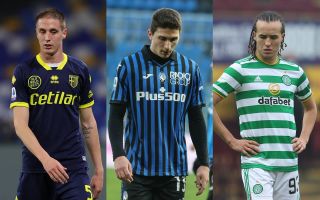 CM: Milan to miss out on €31m as trio will return – the plan for the summer

Milan could face a tough summer as in addition to potentially missing out on the Champions League money, three loanees will return. And as a result of that, they are set to miss out on €31m, a report claims.

According to Calciomercato.com, the players in question are Andrea Conti, Mattia Caldara and Diego Laxalt. Milan were hoping to collect around €31m from the departure of the trio, but that won’t be the case.

Conti had an €8m clause in his contract with Parma which would have been triggered if the club had managed to stay in Serie A. The right-back will now return to Milan and the latter would be happy with a few million, given that his contract will expire in 2022.

Caldara joined Atalanta on an 18-month loan back in January of 2020 and the Bergamo side have decided not to exercise the €15m clause. The story is the same for Laxalt, as Celtic are unwilling to pay the €9m clause.

It will be tough for Paolo Maldini and Ricky Massara to find new destinations for the players but it will be necessary. They can forget about the €31m and will have to settle for less this summer.