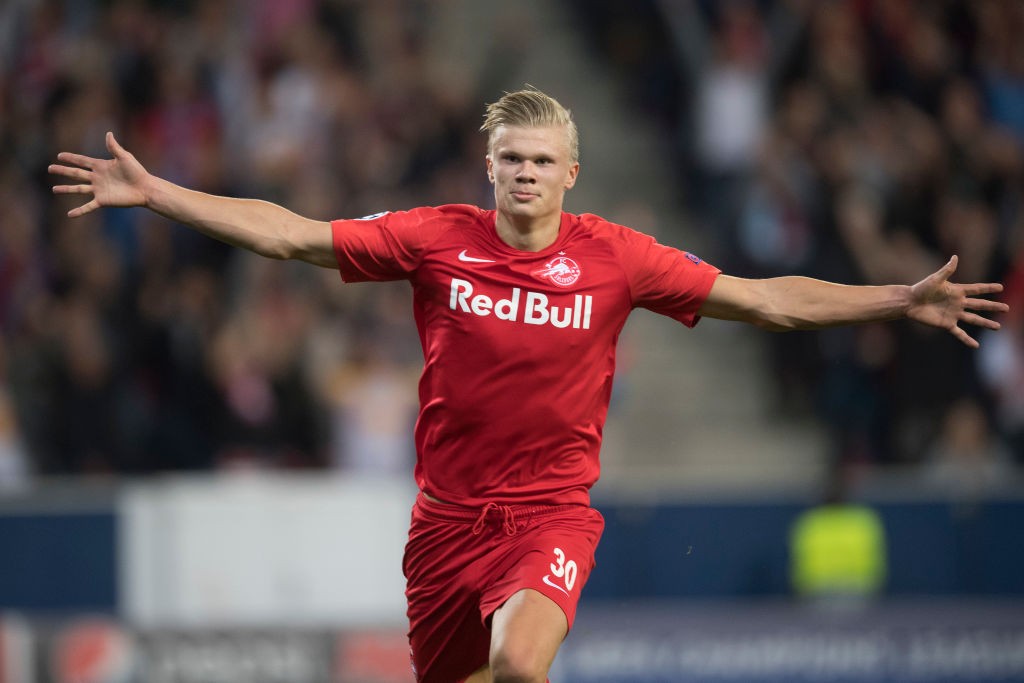 CM: Milan try hijack Man Utd move for €30m sensation Haaland – why they may have the edge

Yet another report has claimed that AC Milan are keen on beating the competition and landing Red Bull Salzburg starlet Erling Haaland.

Alfredo Pedulla broke the news on Tuesday night that Milan have entered the Haaland sweepstakes by offering the teenager a salary of €5.5m-a-year for five years.

He added that Paolo Maldini is the one pushing for the signing, with the director keen on wrapping up a €30million deal next month, but that there is competition from Manchester United, Chelsea and RB Leipzig among others.

Wednesday’s edition of  il Corriere dello Sport (via Calciomercato.com) then confirmed Milan have indeed made enquiries with Mino Raiola about Haaland, with Juventus also interested.

Now, Calciomercato.com reporter Daniele Longo claims that in the last hours there have been contacts between the Rossoneri and Raiola for Haaland.

The 19-year-old – who has netted 28 goals in 22 appearances this season – is the perfect profile for Elliott’s project and Milan can guarantee him a starting spot, something which could help them close a deal.

However, there is interest also from Inter, Juventus, Napoli, Leipzig, Manchester United and Borussia Dortmund, the report concludes.