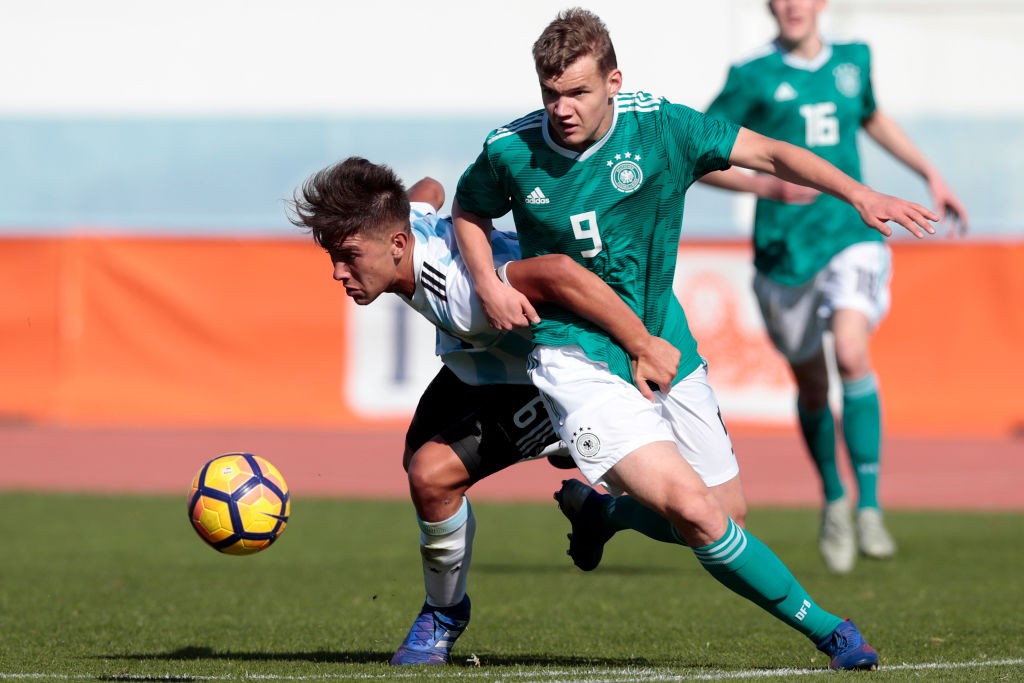 AC Milan are interested in a Bayern Munich starlet Lasse Gunther who has been compared with Arjen Robben, a report claims.

The 16-year-old forward is becoming increasingly talked about as one of the brightest prospects in Germany, and he scored a double in the recent UEFA Youth League game against Tottenham.

Calciomercato.com report that Gunther is heavily impressing Bayern’s U16 coach Martin Demichelis, having been purchased from fellow Bavarian side Augsburg in 2016.

Gunther has drawn comparisons with Robben due to being a right-sided player who is left footed, but the fact he stands over 6ft tall makes him a possible centre-forward too.

He has scored four times in nine appearances so far in all competitions this season, and the report claims that Milan have begun to take note.

Bayern for their part have already moved to try and tie Gunther down, perhaps even offer him a first professional contract despite his young age.

The Rossoneri’s chief scout Geoffrey Moncada is particularly keeping an eye on very young players that can be purchased at low cost and in the future represent capital gains, given the Financial Fair Play situation the club has found itself in.

For now, just an idea. But if Elliott Management approve, watch this space…