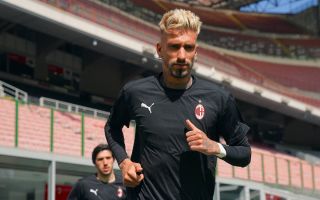 AC Milan appear to be willing to let Samu Castillejo leave the club this summer having set an asking price, according to a report.

When Stefano Pioli arrived as the head coach, Castillejo had his brightest spell in a Milan shirt as he took over the starting spot from Suso and seemed to offer more of a threat, but since then his performances have gone downhill.

According to Calciomercato.com, his latest disappointing performances have raised more than one doubt among the management regarding the place of the former Villarreal man in the project moving forward.

The report goes on to mention that Castillejo is on the list of players that Milan consider transferable and they would accept a bid of €10m, with some enquiries from clubs in LaLiga having arrived.

From the possible sale of Samu Castillejo, additional liquidity could arrive to finance the arrival of a new right winger, with the names of Riccardo Orsolini (Bologna) and Jonathan Ikonè (Lille) currently on the wish list.