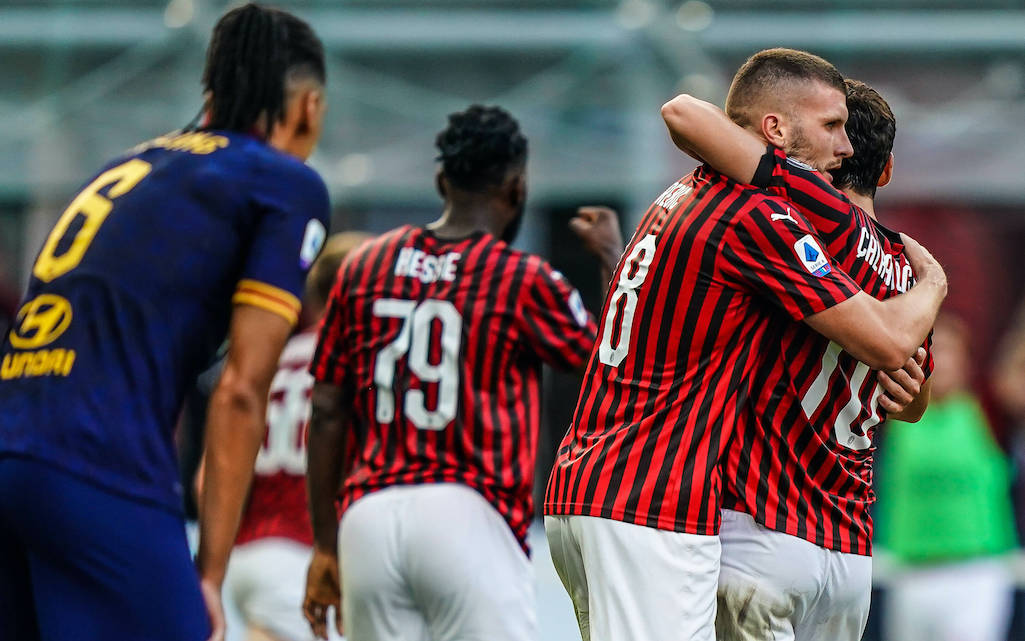 CM: Milan would have to pay just €25m to land winger in red hot form – the latest

The asking price of Ante Rebic has reportedly been revealed after the forward once again played a starring role for AC Milan.

The Rossoneri ran out 2-0 winners against European rivals Roma at San Siro on Sunday afternoon, and Rebic was decisive yet again.

Milan made their second half dominance pay inside the last 15 minutes, with the Croatia international getting the opening goal. The 26-year-old released Paqueta down the left whose cross was turned back into the area by Saelemaekers, and Kessie’s volley was parried by Mirante into the path of Rebic, who hit the inside of the post with his first effort before firing into the roof of the net with the second.

According to the latest from Calciomercato.com, Milan want to sign Rebic permanently with the winger having scored eight Serie A goals this year alone.

Eintracht Frankfurt’s valuation at the moment is €25million, but Milan are stalling and slowing time down, to try to lower the price and save money. Eintracht, however, currently remains immovable on the Croatian striker’s value, though Andre Silva is also having a big impact in Germany which may become a factor.