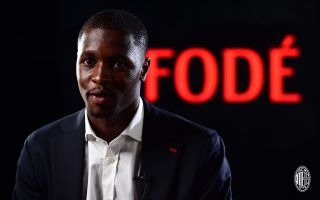 CM: Milan’s deputy to Theo Hernandez arrives in deal that could reach €4.7m – the details

AC Milan have confirmed that left-back Fode Ballo-Toure has become the club’s fifth signing of the summer transfer window.

A statement on the club’s official website confirms the news reported over the last couple of days by numerous journalists, and announced that defender has signed a contract with the Rossoneri until 30 June 2025.

According to Calciomercato.com, the full-back underwent medical examinations yesterday and will arrive to be the new deputy to Theo Hernandez on the left side of the defence, after Diego Laxalt’s departure for Dynamo Moscow and doubts over Diogo Dalot’s possible return from Manchester United.

After two seasons in the Principality with Monaco – the club he joined from Lille after playing in the academy at PSG – the Senegal international has opted for a new adventure in Italy, where he will join former team-mate Mike Maignan.

Milan will pay €4.2m plus €500k in bonuses to the Ligue 1 side, while the player – as mentioned – has signed a four-year contract.