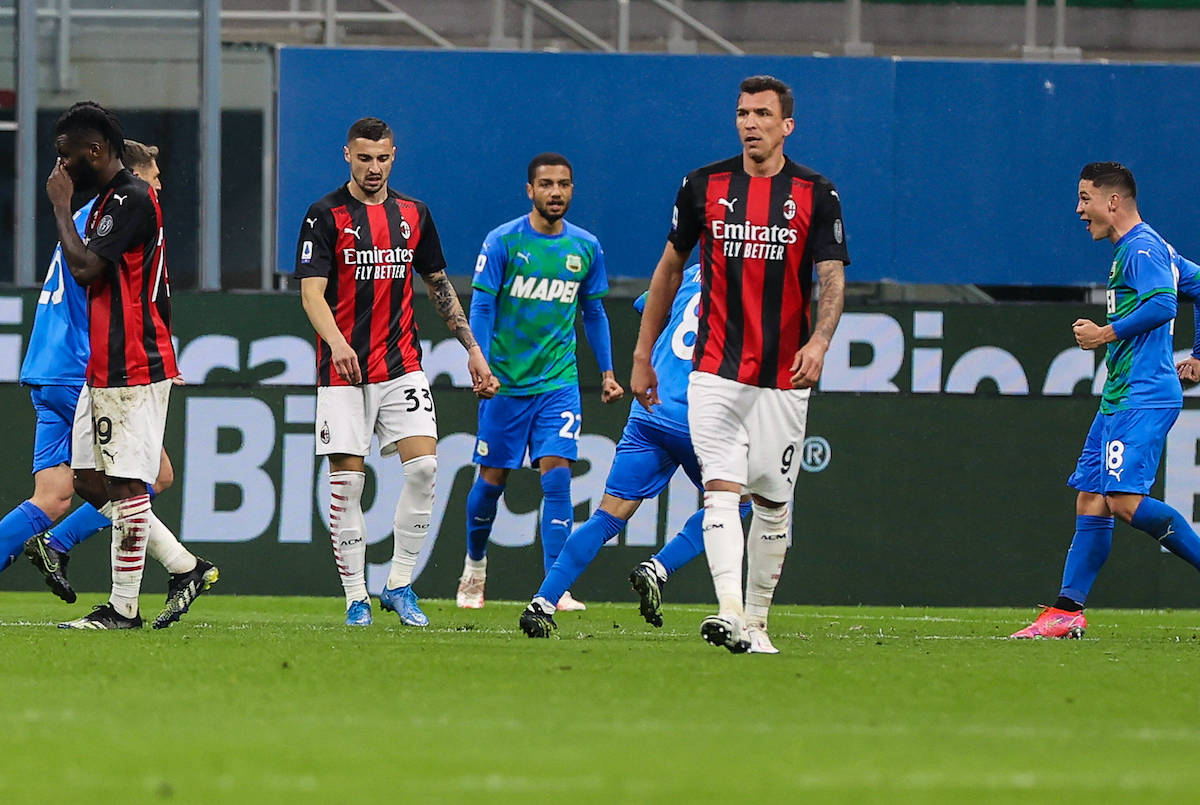 CM: Milan’s leaky defence becomes a cause for concern – the market rumours do not help

AC Milan appear to be their fragile old selves once again in defence as they are struggling to find that elusive clean sheet.

As Calciomercato.com writes, the warning signs are aplenty for the Rossoneri at the moment as a defeat arrived against Sassuolo which showed the deficiencies in attack where, without Ibrahimovic, Leao continues to disappoint and Mandzukic struggles to make his mark.

However, it is at the back where some serious questions must be asked. In the last eight games Donnarumma has conceded nine goals, but his last match without conceding a goal dates back to 7 March and the 2-0 win against Verona.

Milan are suffering in their fight for a top four spot because of the non-optimal physical condition of some of the protagonists such as Theo Hernandez and Calabria. Not only that, but market rumours. Aside from maybe Kjaer and Theo, the other main interpreters of the department have a big question mark about the future.

Donnarumma has a contract expiring in June, Tomori and Dalot are on loan respectively from Chelsea and Manchester United, while Calabria and Romagnoli have a deal until 2022 and have not yet renewed. To conquer the Europe that matters, it is necessary to find defensive solidity.