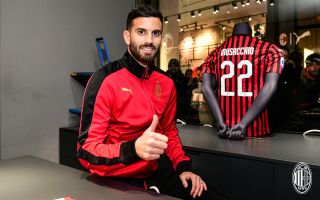 As the January transfer window has come to an end, AC Milan will now have to focus on the remainder of the season. However, in the summer, things are bound to change and the management will have a lot to discuss.

In addition to moves on the transfer market, they will also have to evaluate the internal situation, referring to the contract situations of their players. Mateo Musacchio, the Argentine centre-back, is one of the players who would like clarity.

According to Calciomercato.com, the defender is waiting for a call from the management, keen on renewing his contract with the club. However, thus far, he hasn’t heard anything from Paolo Maldini and Zvone Boban.

The current deal expires in 2021, which most certainly means that he will be evaluated in the summer. Having shown great professionalism during his time with the Rossoneri, Musacchio hopes that he can seal a renewal ahead of next season.