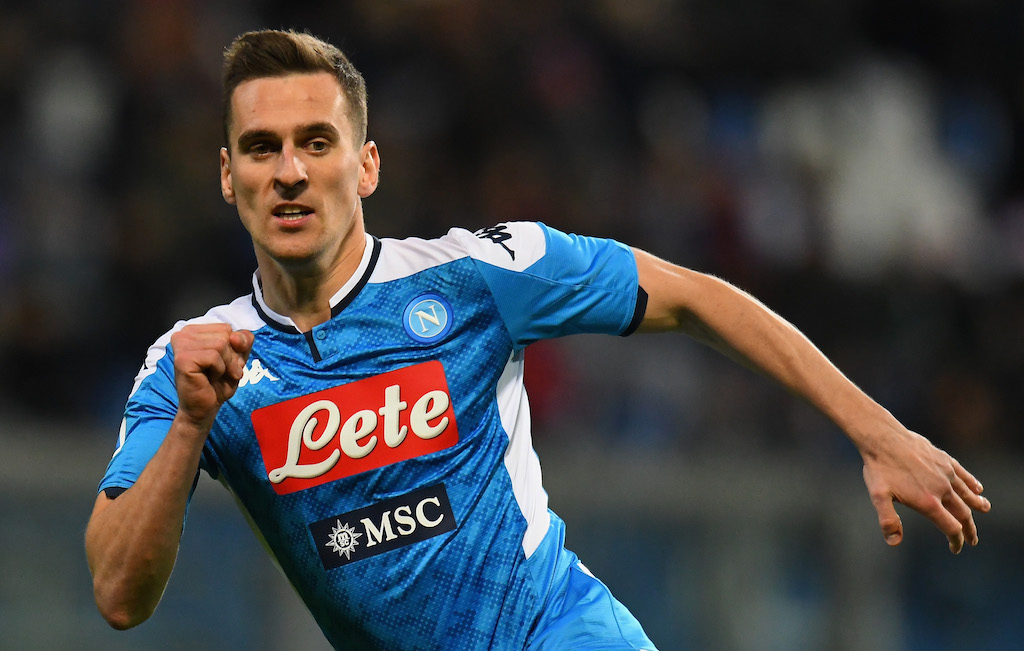 Napoli have set a sizeable asking price for striker Arkadiusz Milik, a report claims, but AC Milan remain interested among other clubs.

According to Calciomercato.com, Milik and Napoli seem destined to go their separate ways as the talks regarding a renewal of the Poland international’s deal – which expires in 2021 – have stalled.

The striker is aiming high as he wants recognition for what he has done in the Azzurri shirt: he currently receives €2.5million per season, and would like to get closer to the €4m that Kostas Manolas and Dries Mertens currently earn.

That seems an amount that the Partenopei are not willing to part with, and as time passes they could be forced to sell the 26-year-old this summer so as not to risk losing him for free in a year.

Aurelio De Laurentiis has set his stance though, and it is a firm one. The report adds that he will not even sit at the negotiating table for less than €40million, and that closer to €50million would in fact be needed to close a deal quickly.

There will be no discounts, but nonetheless several teams in the Premier League are admirers of him and his name is on the list of Milan for the post-Ibrahimovic era. Not only.

A year ago Milik was offered to Inter in the negotiations for Mauro Icardi, and it cannot be ruled out that the discussions could crop up again if the Argentine were to return from his loan at PSG.