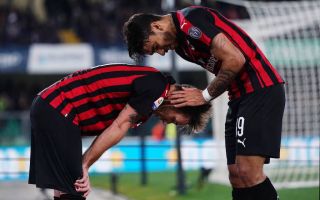 AC Milan boss Stefano Pioli is set to make a change in the midfield for the Rossoneri’s game against Parma on Wednesday, a report claims.

It was revealed earlier today that Lucas Paqueta has not made Pioli’s 23-man squad for the visit of Parma, a game which is crucial in Milan’s pursuit of a finish in the Europa League spots.

According to Calciomercato.com, the Brazilian attacking midfielder has accrued a resentment to the medial collateral ligament of the left knee which will have to be further investigated.

Meanwhile, the same outlet are reporting that Pioli will give a shock rare start to Lucas Biglia in midfield, allowing Ismael Bennacer to have a rest. The Argentine will partner Franck Kessie.

The back four should stay the same but there have been rumours that Davide Calabria could get the nod over Andrea Conti and right-back, while Zlatan Ibrahimovic has been tipped to start of front. Who he will be supported by remains up in the air for now, but Sky believe it will be Leao, Calhanoglu and Bonaventura.