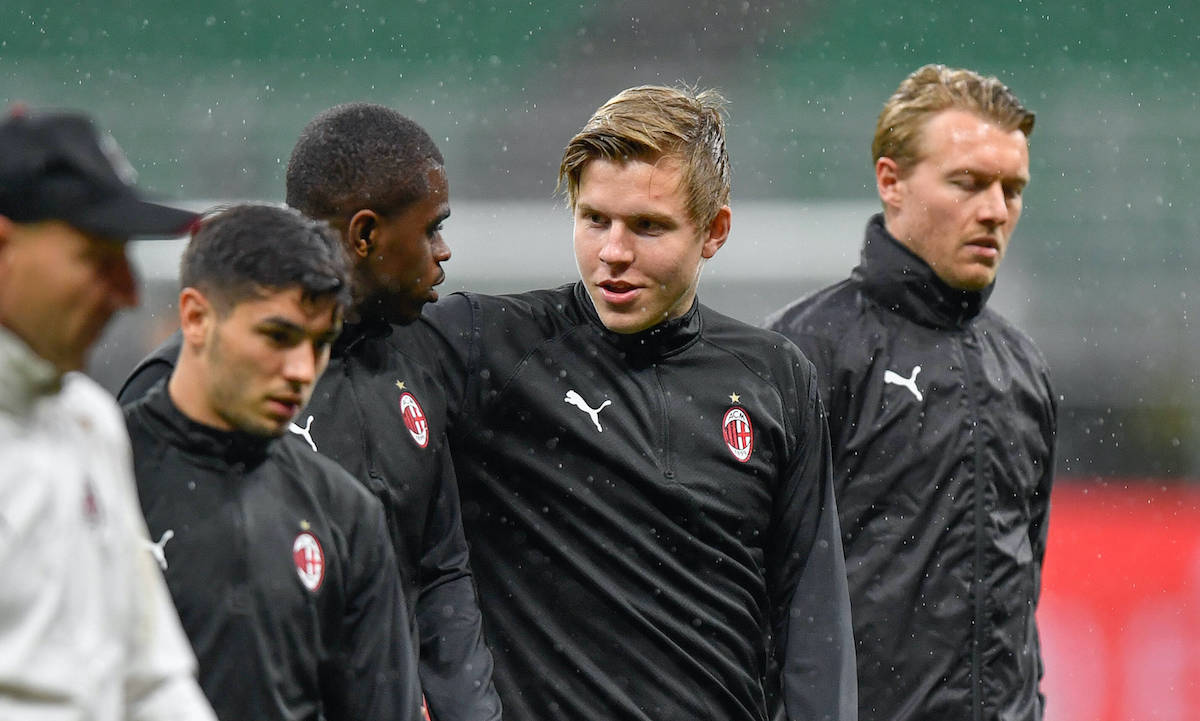 AC Milan are likely to sell Jens Petter Hauge this summer but have rejected a first offer from Eintracht Frankfurt, according to a report.

Calciomercato.com writes that Hauge now seems certain to leave the Rossoneri after less than a year as Stefano Pioli does not seem willing to count on him next season, which is why Maldini and Massara have been transparent with his agent and have put forward the idea of a permanent sale.

It is a solution that makes all parties happy because the player wants to play, the agent wants his client to be happy while Milan are likely to net a good capital gain from the operation too. Several requests for Hauge have arrived and while both Udinese and Torino both tried, the player’s preference has always been a move to Germany.

Eintracht Frankfurt have offered €8m plus variable bonuses, to reach a maximum of €12m, but this was rejected by Milan who would only sell for €14-15m without adding bonuses. The talks go on, and the feeling is that it can be closed by raising the fixed part by a few million.