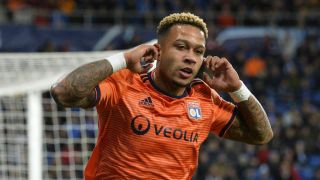 CM: Pioli may have three presents under the tree – latest on Simakan, Jovic, Depay and others

With the January transfer window just a week away, speculation has begun as to what areas the management will look to strengthen.

As Calciomercato.com reports, there could be three gifts under the Christmas tree for Milan, one in each department. The global economic picture is not easy and therefore no particularly expensive investments are planned, and while Pierre Kalulu’s growth was the best surprise of December it does not change the desire to sign a new defender.

Mohamed Simakan is the first choice target in that regard, as an agreement with the player’s agent over a five-year contract has been reached. The first offer to Strasbourg is €15m, and there is great confidence that the distance between that and the demands will be bridged.

Milan are vigilant on the market in search of interesting opportunities to be seized, but there is no desire to allocate a large part of the budget to the arrival of a centre-forward.

Therefore, the links to Gianluca Scamacca of Sassuolo and Arek Milik of Napoli should be discarded, just as Luka Jovic and Memphis Depay are targets but only if they were sold in cut-price deals.

The report adds that that the door is still ajar and should the opportunity arise to reach a talented young player like Donyell Malen from PSV, and Paolo Maldini will be ready. There is also a possible surprise in midfield: Boubakary Soumarè of Lille is very much liked, while the candidacy of Andrè Anguissa of Fulham is still there.