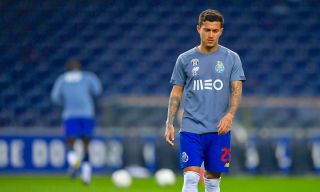 AC Milan have made an offer to Porto attacking midfielder Otavio in the hopes of convincing him to join on a free transfer, a report claims.

As Calciomercato.com reports, Otavio was among the protagonists as the Portuguese champions dumped Juventus out of the Champions League last night on away goals after a dramatic period of extra-time.

The 25-year-old was also one of the best players in the first leg, when Porto boss Conceicao deployed him in the role of left winger and he stood out above all for his work in the defensive phase. Otavio is a playmaker by trade though and has great technical quality, is good at making assists but also in helping the team in the non-possession phase.

This is why the Brazilian has ‘bewitched’ Milan for some time, and the Rossoneri management are very interested in landing him on a free as he has decided not to renew his contract with Porto, meaning that after seven years he will move to a ‘top five’ league.

Milan boss Stefano Pioli likes the player a lot and that is why Paolo Maldini has tabled a four-year contract worth €1.5million net per season. Something is still missing to reach a total agreement, but the parties are working on details and signing bonuses. The Brazilian talent has put all the offers received on standby because he wants to give priority to Milan after the reassurances received by Maldini and Massara.