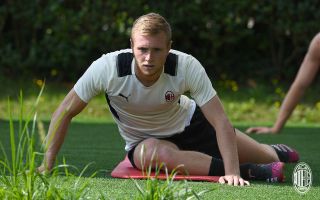 CM: Pobega has convinced Milan to change their mind – two possible paths for his future

AC Milan appear to have changed their plans for young midfielder Tommaso Pobega after his return from loan, according to a report.

Calciomercato.com report how Pobega came back to Milanello following the conclusion of his loan at Spezia with the aim of convincing Milan to give him a second chance. After a positive season with the Ligurian club – with whom he scored 6 goals in 20 league games – he certainly has a case.

He helped Spezia achieve survival, and also helped Italy’s U21 side to the quarter-finals of the European Championships before reporting for preseason on July 8 with the desire to change Pioli’s mind and the club’s too. Milan had his name down as sellable in the hopes of raising cash and earning a capital gain.

However, Pobega is convincing everyone with the passing of the days, and the possibility of a sale with no possibility of return is losing momentum. Atalanta are interested but have never presented an official offer, so at present there are two possible paths for the Primavera graduate: he will either become part of the squad, or loaned out again.