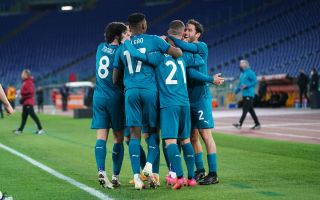 AC Milan head coach Stefano Pioli is set to make some changes to his starting XI for Monday’s trip to face Lazio, according to a report.

Calciomercato.com reports how Theo Hernandez and Zlatan Ibrahimovic worked separately in training today and the Rossoneri’s hopes of seeing either of the two on the pitch against the Biancocelesti are minimal.

Instead of Rafael Leao replacing the Swede though, the report claims that he will be on the bench and in his place will be Ante Rebic up front, with Brahim Diaz on the left wing accompanied by Calhanoglu and Saelemaekers.

In midfield the tandem of Bennacer and Kessie will be reunited while Dalot will replace the injured Theo at left-back. There will be a chance for Alessio Romagnoli as Tomori will start on the bench, as the captain has been absent since the away match in Verona. Calabria will be on the right.