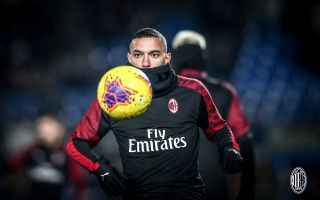 It took him a while to get going, but Ismael Bennacer has become a key player for AC Milan and despite the 12 yellow cards, his season can absolutely be considered as positive.

Moving from Empoli last summer, it wasn’t easy for the Algerian to deal with all of the pressure that comes with wearing the Milan shirt. However, he has shown that he can do it and has earned himself a key role in the Rossoneri’s project.

Milan have clear ideas that only would change in the event of a big offer. Per Calciomercato.com, Bennacer is considered very important by the management, but he isn’t unsellable. Last summer, Paris Saint-Germain also tried to sign him.

This summer, per the report, they could make a new attempt. To even start the negotiations with Milan, the offer would have to be in excess of €30m which is more or less double what was paid last summer.