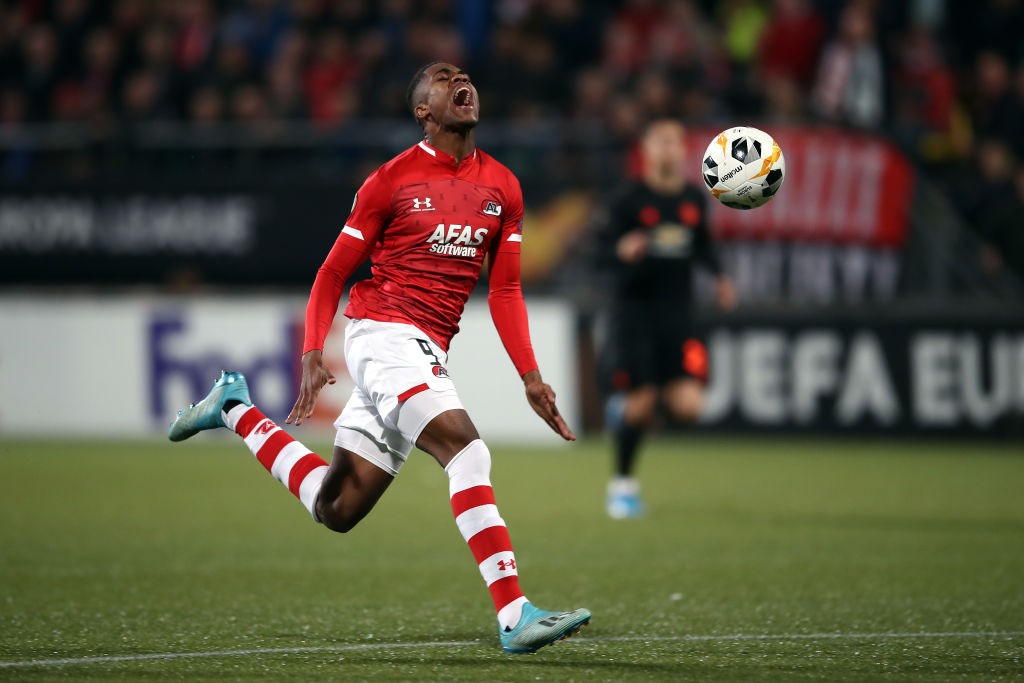 AC Milan have been joined by Serie A rivals Napoli in the race to sign AZ Alkmaar striker Myron Boadu, according to the latest reports.

It was reported by SportMediaset (via MilanLive) last month that agent Mino Raiola had proposed the signing of Boadu to Milan during discussions regarding the future of another of his clients in Zlatan Ibrahimovic.

The Dutchman – who has a Ghanian passport – managed to rack up 14 goals in 23 Eredivisie games before the season was ended prematurely due to the Coronavirus.

The report added that Boadu would cost €15-18million, but that good relations between Raiola and the Rossoneri management could bring the deal closer.

According to the latest from Calciomercato.com however, Raiola is now also in talks with Napoli regarding Boadu as they look for a new deputy to Dries Mertens.

With the Milan-linked Arkadiusz Milik seemingly set for the exit door, the Partenopei have apparently been given the chance to land Boadu to bolster their attacking department.