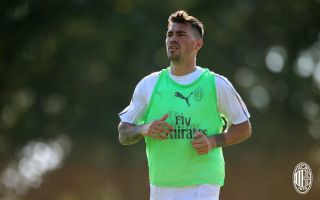 AC Milan face an uphill battle if they are to secure the renewal of Alessio Romagnoli with his deal expiring next June, a report claims.

Gianluca Di Marzio (via MilanNews) reported earlier in the week that negotiations have begun for the renewal of his contract as Milan want to extend his deal. The management plan to make him an offer, but it remains to be seen whether it is deemed appropriate or not by the player and his agent Mino Raiola.

It was then reported by Carlo Laudisa of La Gazzetta dello Sport yesterday that Milan may have a chance of keeping Romagnoli after all as talks over his renewal have started well, with the club captain now open to the idea of staying.

According to the latest from Daniele Longo of Calciomercato.com, the player has indeed given signals that he is open to discussing the extension of his contract with Milan, but there is a problem.

Relations with Raiola are very tense and do not favour a simple negotiation, and his interview this morning certainly more than hints at this as he criticised the club for not protecting Donnarumma.