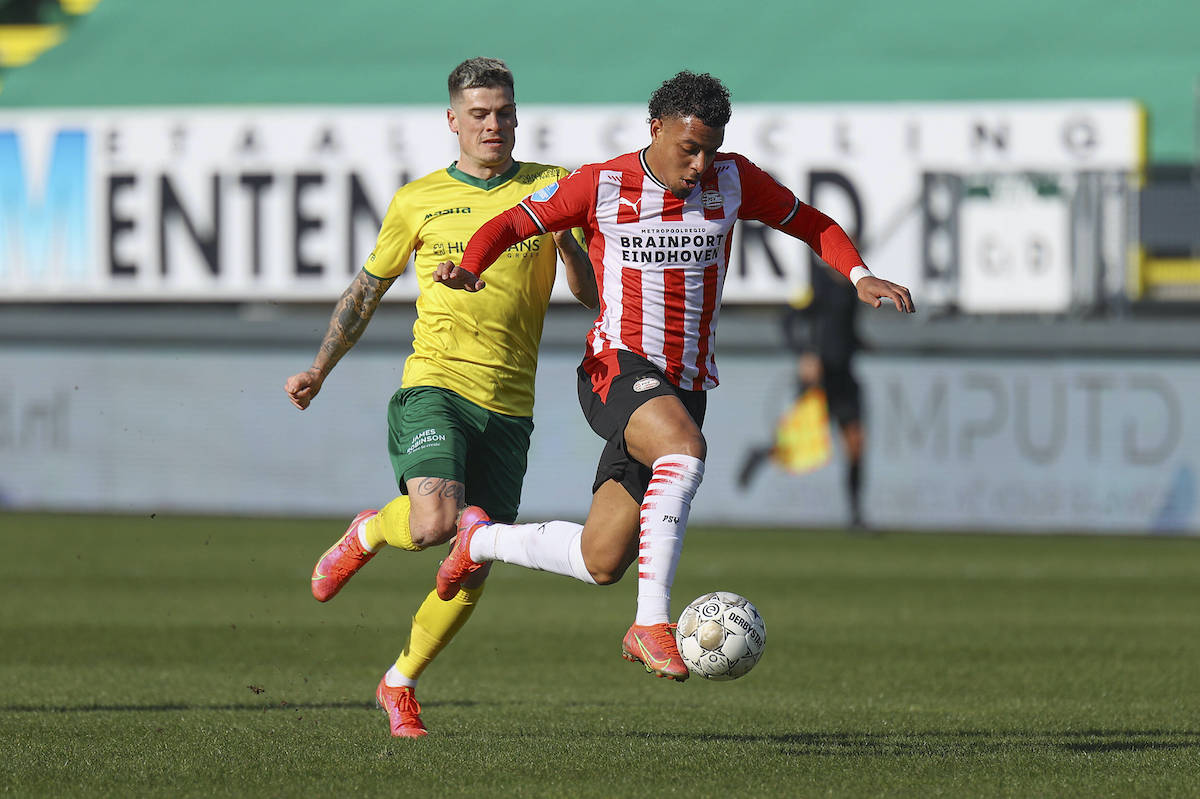 AC Milan appear to face strong competition in the race to land Donyell Malen from PSV Eindhoven, according to a report.

Calciomercato.com recently reported that Malen remains in the sights of Milan. Directors Paolo Maldini and Ricky Massara have not lost sight of the young Netherlands international, who represents an ‘idea for the future’ and is valued at €30m.

However, the same source have now provided an update on the situation, and it is not good news for Milan. They report that Milan have a keen interest in the Netherlands international who could very well move on this summer, but his agent Mino Raiola would like to take him to Borussia Dortmund to replace Erling Haaland, who could leave the Bundesliga side.

Malen scored 11 goals in 14 league games last season as the Eredivisie was not fully concluded due to Coronavirus, while this season he has proven that it was not just a flash in the pan, netting 14 goals in 24 league games. In all competitions, he has managed 22 goals and 8 assists so far in 2020-21.