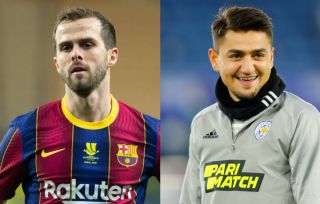 CM: Ramadani at Casa Milan to talk with Maldini – Under, Pjanic and the other topical names

AC Milan have held a meeting with agent Fali Ramadani during which several of his clients are expected to have been discussed, a report claims.

According to what is being reported by Calciomercato.com, Ramadani arrived around lunchtime at Casa Milan and there are several names that could end up on the dialogue table with Maldini and Massara. Winger Cengiz Under is perhaps the most concrete, as he is returning to Roma after his loan at Leicester City with the Rossoneri looking for options to reinforce the attacking department.

Centre-abck Nikola Maksimovic could become a more concrete idea given the advantageous conditions of the operation as he would be a free transfer. An extremely complicated operation – but one that could be talked about – is Miralem Pjanic, who is leaving Barcelona and wants to return to Italy, but has a high salary. Dusan Vlahovic is a player that agent Ramadani is close to, and he can end up in the talks.

READ MORE: Hauge declares his desire to fight for a spot at Milan despite counterpart rumours