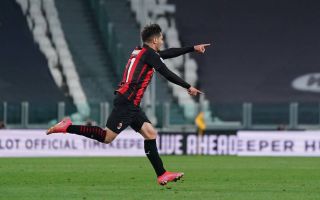 AC Milan are soon expected to be able to welcome back Brahim Diaz despite the fact he is current still in Spain, a report claims.

Brahim Diaz has officially reported to Real Madrid for the beginning of their preseason training camp, it has been confirmed. However, Calciomercato.com writes that Brahim Diaz was essentially forced to report, undergoing the usual athletic tests which is a necessary step considering that the signatures on the documents for his transfer to the Rossoneri have not yet arrived.

During the last week, Milan reached an agreement over Brahim’s return based on a paid loan (€3m) with an option to buy set at €22m, while Los Blancos have a buy-back for €27m exercisable only in June 2022.

The last formal steps are missing that the Rossoneri plan to complete by Wednesday in order to make the 21-year-old to head coach Stefano Pioli for the first preseason meeting on Thursday.