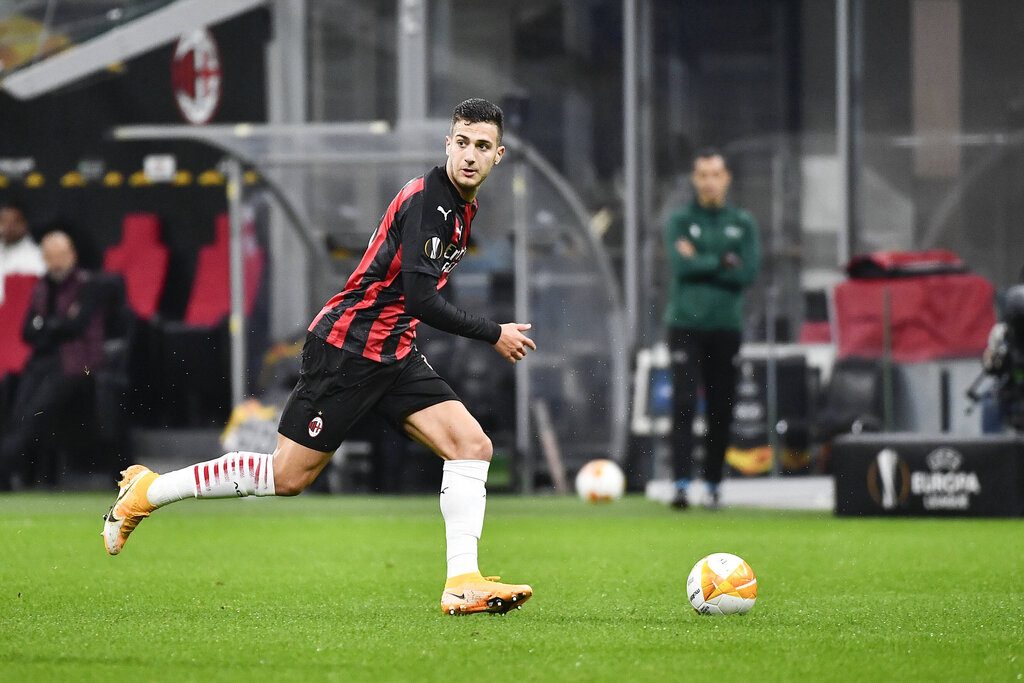 AC Milan face competition from Real Madrid to secure the return of right-back Diogo Dalot, according to a report.

Calciomercato.com writes that Real Madrid have indeed set their sights on Dalot even thouh the Rossoneri are negotiating with Manchester United for the return of the Portuguese full-back, who has returned to England after his loan spell at the San Siro.

Both Paolo Maldini and Stefano Pioli would like to have him back from the Red Devils on loan, but now Florentino Perez’s club has entered the race for the 22-year-old after he had a good European Championships with Portugal.

Ancelotti looking for a new right-back and it should be no surprise that Dalot is a name he has put forward, as the ex-Milan boss had also requested him at Everton 12 months ago. At the moment there is no negotiation between the two clubs while Milan are stuck on their first offer which was a loan with option to buy. United want €15m to sell the former Porto defender.

READ MORE: Hauge showers ‘Viking’ Kjaer with praise: “Everyone respects him when he talks”