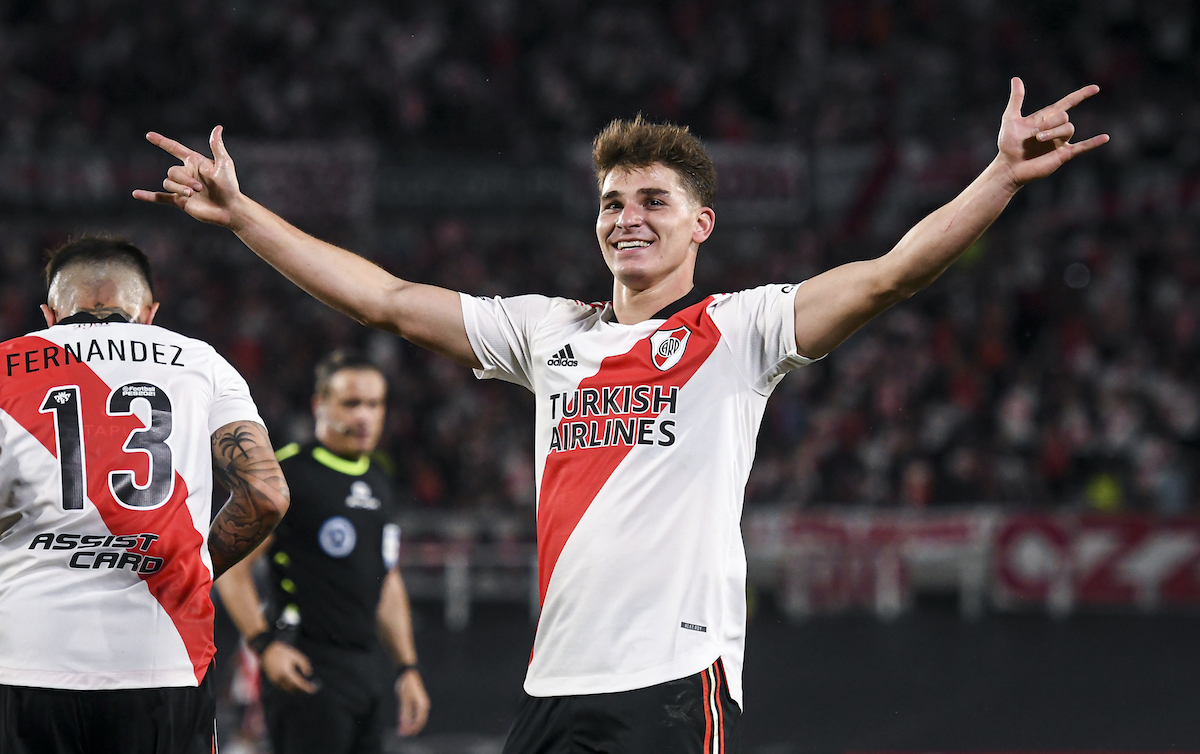 AC Milan are continuing to monitor River Plate sensation Julian Alvarez and they also continue to be left very impressed by his exploits, a report claims.

After recently scoring a match-winning brace against Boca Juniors in the Superclasico and a hat-trick against San Lorenzo at the Estadio Monumental, Alvarez continued his fantastic form by registering a goal and an assist within two minutes during last night’s win over Argentinos Juniors that put River nine points clear at the top of the league.

Calciomercato.com reports that a number of clubs are taking note of the 21-year-old given his excellent numbers this season, which have seen him rack up 15 goals and 13 assists in 38 games across all competitions.

The striker has a €25m release clause in his contract, which expires in December 2002, and Milan are one of the teams who want him along with Ajax, Bayer Leverkusen and Aston Villa.

The Rossoneri have even sent scouts to Buenos Aires to follow him closely and the reports have been more than positive, so much so that Paolo Maldini and Ricky Massara are concretely evaluating the possibility of presenting an official offer in the January window.

The player knows of Maldini’s interest and wants to continue to amaze, and the next few weeks could be decisive. “Milan observes, Alvarez can become the surprise blow for the attack,” the report concludes.