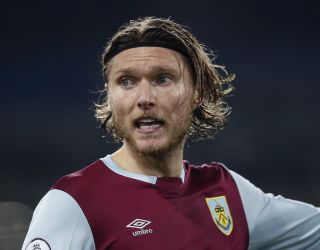 CM: Roma and Milan have strong interest in Burnley midfielder – renewal off the table

AC Milan have been joined by Serie A rivals Roma in their pursuit of Burnley midfielder Jeff Hendrick, according to a report.

It was reported by Sky UK recently that the Rossoneri have added Hendrick to their list of targets. The midfielder’s contract will expire at the end of the season, meaning he will be available on a free transfer.

They added that the English side are hopeful that the 28-year-old will remain at the club, as talks over a contract renewal continue. For now, though, he’s free to negotiate with other clubs and Milan expressed their interest prior to the Coronavirus outbreak.

According to the latest from Calciomercato.com, Hendrick has also been offered to Milan’s rivals Roma. The Irishman (firm point can play both in front of the defence and as a box-to-box midfielder, and he will not renew his contract with the Premier League side.

This season he has 24 appearances with two goals and two assists for Burnley. Milan’s interest is also described as strong by the report, and an intermediary has offered him out.