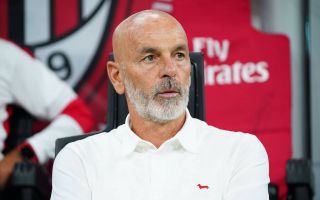 CM: Second half decline a familiar feeling for Pioli – the problems at Milan and his previous numbers

AC Milan have simply not been anywhere near as good from a results standpoint in the second half of the current season compared to 2020.

As Calciomercato.com writes, the defeats against Sassuolo and Lazio have plunged the Rossoneri into fifth place behind Napoli and Juventus. There are factors that play into it such as key players no longer guaranteeing the same level of performances shown in the post-lockdown period and a January market which, on balance, did not contribute to the cause.

However, for Pioli this is becoming a pattern with his sides and an alarming physical condition certainly contributes to it. Losing against direct competitors in the Champions League race is one thing but struggling against teams like Sampdoria, Sassuolo and Genoa does not help.

From January to today, ten players have sustained muscle problems: Ibrahimovic, Mandzukic, Leao, Bennacer, Theo Hernandez, Romagnoli, Saelemaekers, Brahim Diaz, Calhanoglu and Kjaer. Some of Pioli’s rotations also arouse some perplexity as players such as Tonali and Hauge continue to get playing time while others work overtime with an inevitable decline in performance.

The numbers of Pioli’s last four jobs – namely Milan, Fiorentina, Inte and Lazio – are quite interesting. Pioli’s teams have been able to maintain a top performance in the last 19 league games such as the Rossoneri last year and Lazio in 2014-15, but his second season at Lazio and Fiorentina and his end to the season with Inter in 2016-17 are worrying indicators.

Pioli took the place of De Boer in November and he was sacked with three games to go. He had an average of 2.29 points per game on matchday 19, but just 1.43 at the time of his sacking by the Nerazzurri. With five finals to come, he must show he has learned.