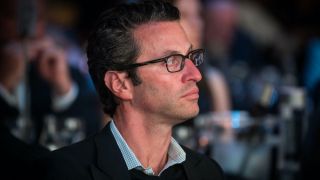 CM: Singer in Italy to discuss Milan’s future plans – background on meeting and what was discussed

Gordon Singer of Elliott Management met with the AC Milan leadership to discuss several topics related to the club’s future, a report claims.

According to Calciomercato.com, Singer hoped to be able to celebrate the Rossoneri’s return to the Champions League on Sunday as he watched the game against Cagliari from the stands at San Siro, but it wasn’t to be. He then stayed in the city for another two days for a visit that had been planned for some time and given the opening on travel he did not miss the opportunity to be able to return to Italy to take stock of the situation.

The report adds that Singer has been involved in several meetings both with the Italian board of Elliott – which closely follows the dynamics of the club – and with CEO Ivan Gazidis. Several issues were addressed such as the economic resources to be introduced into the club also in anticipation of the reopening of the transfer market, plus all the new commercial partnerships.

A fifth-place finish would not affect the recovery programs envisaged by Elliott, while there are no meetings planned with the team that are preparing for the decisive match against Atalanta on Sunday evening. The entire management will be in the stands but the presence of Singer is not expected.

READ MORE: Ibrahimovic still Milan’s leader and motivator – how he will help Milan while injured