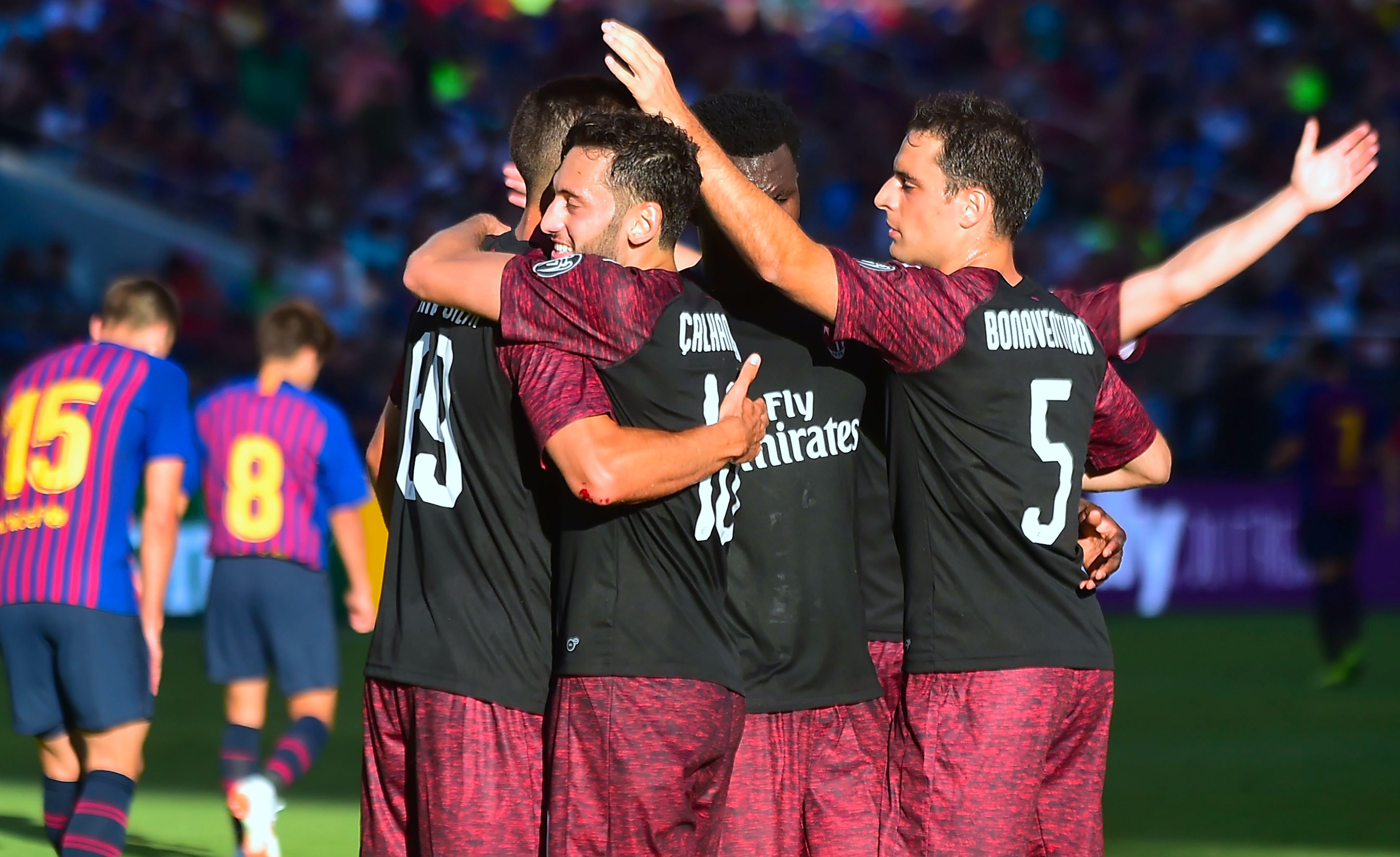 There are six members of the AC Milan squad who face uncertain futures at the club regarding their current deals, a report claims.

According to Calciomercato.it, the obvious contract scenario that Milan will feel urgency in addressing is that of Gianluigi Donnarumma.

The 20-year-old goalkeeper is currently on a deal until 2021, and the Rossoneri leadership have no intentions of letting that run into the final 12 months, so sorting that before the season ends is a priority.

In addition, the report claims that Milan will have to work out what to do with Mateo Musacchio, Ricardo Rodriguez and Hakan Calhanoglu – all of whom have deals expiring in 2021.

Although all three may not be starters as the season progresses they are still seen as part of the Rossoneri project, Calciomercato.it adds, and therefore a renewal is not beyond the realms of possibility for all three.

A similar situation surrounds Fabio Borini: his versatility is useful to Marco Giampaolo, however if a new deal was to be offered it would likely be on a much lower salary. Pepe Reina will likely leave when his deal is up in two years.

Meanwhile, expiring in 2020 are the contracts of Lucas Biglia and Jack Bonaventura. The Argentine seems destined to say goodbye to Milan, while Bonaventura’s future depends on what happens between now and the end of the season.