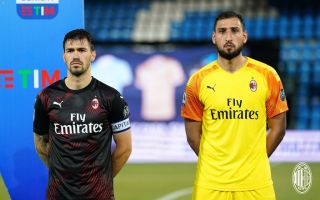 CM: Tension rises between Milan and Raiola – the latest on Donnarumma, Romagnoli and Ibra renewals

The situation between AC Milan and agent Mino Raiola is becoming more and more frayed as time passes, a report claims.

According to Calciomercato.com, there is no better word than ‘tension’ to describe the current relationship between Milan and Raiola as the tug-of-war over the renewal of Gianluigi Donnarumma continues. Contacts are constant but the parties are still too far away: the club have offered a five-year deal at €8m net including bonuses, but Raiola wants a one or two-year extension at €10m. This is too high for Milan, and with the passing of the days their anxiety about a possible free transfer increases.

Another situation where there are differences is the Alessio Romagnoli renewal. His contract expires in June 2022 and talks have already started over an extension, but Raiola’s request is for a pay rise from the current €3.5m with the insertion of a release clause while Milan’s position is clear: to keep the current salary.

Then there is Zlatan Ibrahimovic, whose renewal is getting closer and closer, but the signature has not yet arrived and Milan intend to insert some clauses related to appearances. It is a game to be handled with care.