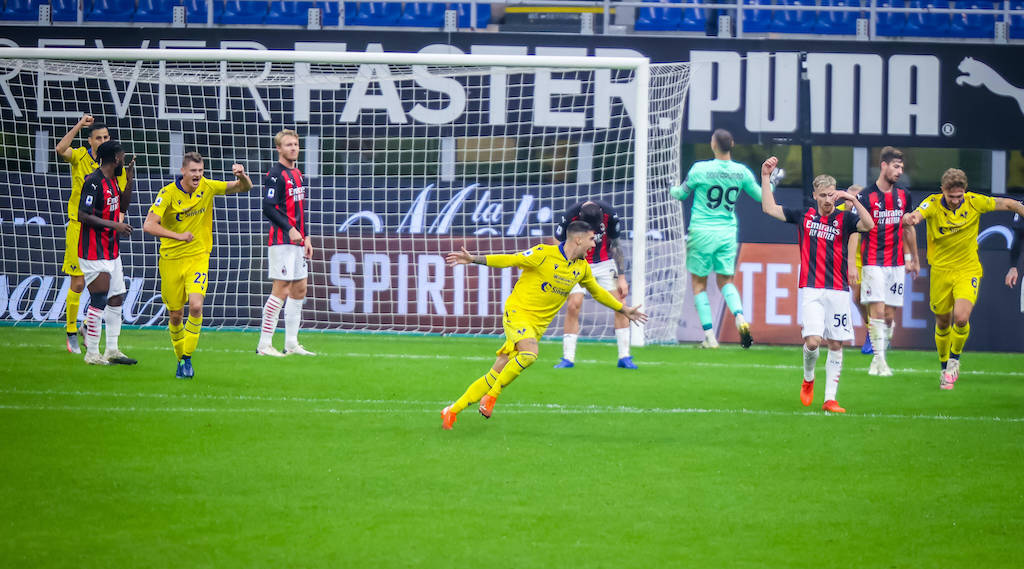 CM: The four things Pioli must fix quickly if Milan are to seriously fight for the Scudetto

Although they ended up battling from two goals down to secure a draw against Hellas Verona, Sunday night’s game again showed AC Milan are far from perfect.

As Calciomercato.com, various weaknesses were exposed in that particular game and in the defeat against Roma as well as the draw against Roma, and they have picked out four areas where Milan must improve if they are to become a serious Scudetto contender.

The first issue is set piece situations, something that has become a real Achilles heel for Milan. Two more goals went in from dead balls against Verona, and four of the seven goals conceded by the Rossoneri so far in the league have come from a corner.

Stefano Pioli’s side simple have to find a way to completely resolve or at least stem this type of situation, which has already cost four points against Roma and Verona.

In addition, the piece adds that Milan must learn to have concentration throughout games. The mentality is there as can be seen from battling back to secure a draw on Sunday, but individual drops in focus jeopardise results, as seen when the team threw away three leads against Roma.

The markings on the sets are a clear example of this, but also balls lost in midfield and naive fouls, such as that of Kessie from which Hellas doubles their advantage or like the two penalties given away by Romagnoli recently.

The third issue – perhaps surprisingly – is Hakan Calhanoglu. His performance has undeniably dipped since the ankle problem he suffered before the game against Sparta Praha, and while from a commitment and application point of view he has been flawless so far, Milan need his incisiveness back.

Hellas boss Ivan Juric cancelled him out by placing Dawidowicz on him, so more solutions need to be found to free the playmaker. It doesn’t help that he will jet off to play for Turkey against Croatia (11 November), Russia (15 November) and Hungary (18 November).

Finally, it will also be essential to implement the use of substitutions and raise their level. The use of Brahim Diaz from the bench against Verona was decisive (he got an assist for Ibra’s equaliser) and he bounced back after a disappointing performance against Lille.

Rebic’s return in this sense could be crucial, Tonali will get up to speed over the coming weeks, Dalot and Krunic can become useful in Europe, Hauge has plenty to prove and Castillejo seems to be fighting for his Milan career.

Then, we wait for January and possible interventions on the market, but in the mean time there is plenty to work on if Milan are to fight for their 19th title.