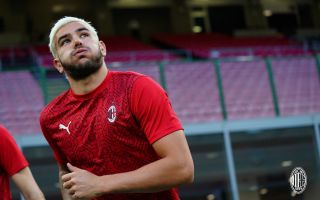 Not only has Theo Hernandez become one of the pillars of the current Milan side, but he is exactly the kind of player that Paolo Maldini desires.

As Calciomercato.com reports, Theo Hernandez has become an absolute thorn in the side of opponents who essentially have to defend two left wingers given how far the Frenchman pushes up and uses his speed and physicality.

Despite the fact he has not yet been called up by Didier Deschamps for the French national team, he is very much valued by his club and in selection terms he is untouchable for the important games.

The 22-year-old is frightening when he gets the ball and darts infield at full speed, and it is no coincidence that he is the Milan player with the most dribbles this season with 19, sixth overall behind De Paul, Messias, Schouten, Amrabat and Sottil.

The former Real Madrid starlet is one of the flagships of Paolo Maldini ‘s market campaigns and is the perfect example of what Maldini is looking for.

The technical director wanted a strong player in one-on-one situations to be included in a system and that is exactly what Theo is: very strong against his man, both in the offensive and defensive phases, and now also improved in the back four.

Sometimes he gets caught in a positional sense but he has the speed to make up for it, and now he has become a symbol of Milan’s resurgence.