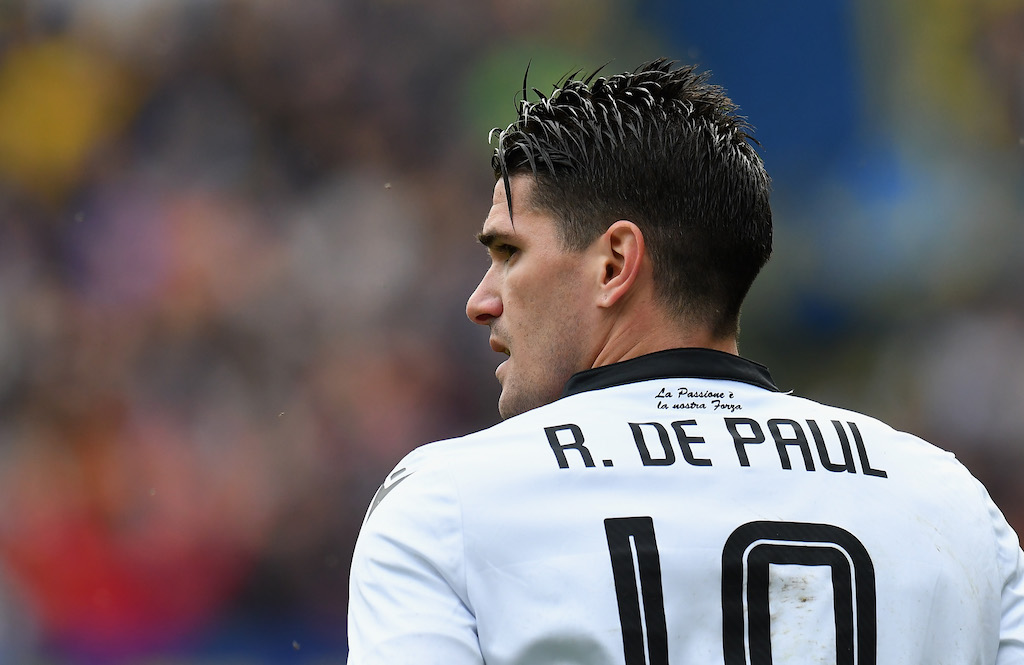 Just like last season, Rodrigo De Paul is proving his worth at Udinese, registering five goals and two assists in 23 appearances. As a result of this, he continues to attract the interest of some big clubs.

The Argentine midfielder is now considered a mature player, cementing his spot in the starting eleven as a leader of this Udinese side. Now, he is ready to make the big leap in his career on the transfer market.

According to Calciomercato.com’s Daniele Longo, several clubs in  La Liga have established contacts with his agent, while AC Milan and Inter remain the most interested clubs domestically. In other words, he doesn’t lack potential suitors.

As a result of a promise made by Udinese to the player, the price tag has dropped from the €35m requested in January to around €30m. Furthermore, the Bianconeri are open to the sale of their star, whom Paolo Maldini likes a lot.

READ MORE: Giampaolo in pole for Udinese job – why Milan can smile