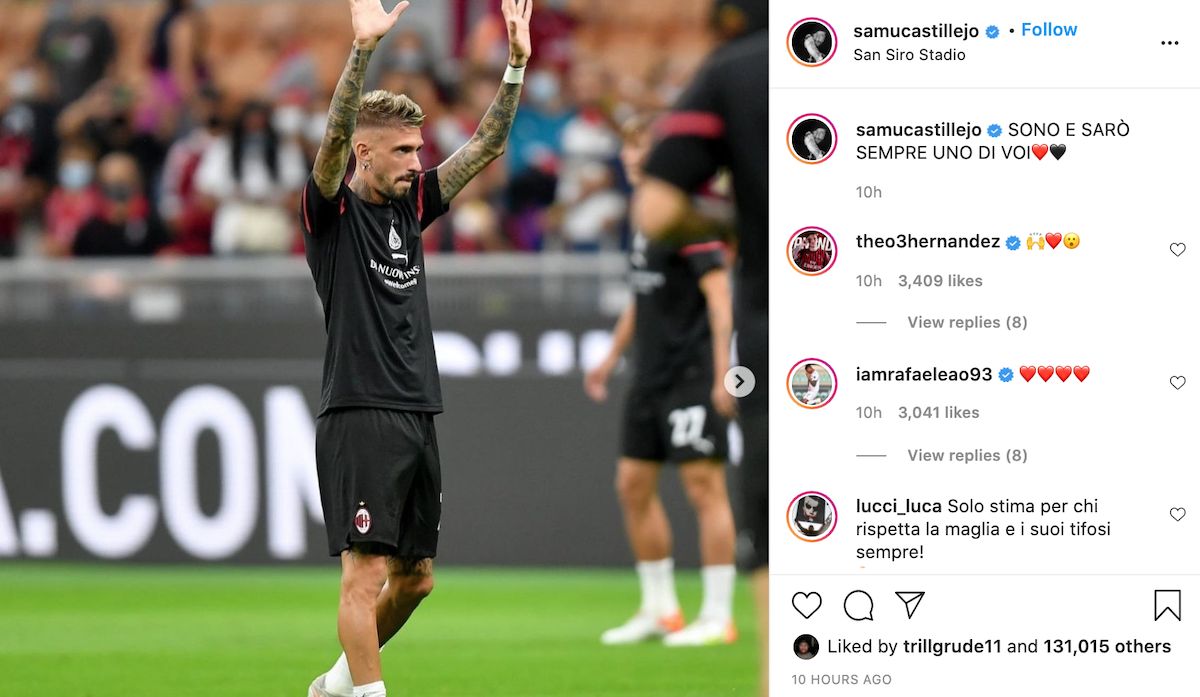 Samu Castillejo may well have sent a farewell message to the AC Milan fans and to the club after last night’s win over Cagliari at San Siro.

The Spaniard was greeted by songs and warm applause from the Curva Sud received during the warm-up and in the end Stefano Pioli put him on the field practically 50 seconds before the final whistle, in place of Giroud, with the game already wrapped up.

It could be that the coach gave Giroud a chance to receive a standing ovation, but it could also have been a farewell for Samu. After the game, his post on Instagram has also fuelled this possible scenario as he put: “I am and will always be one of you.”

Meanwhile, Daniele Longo is reporting on Twitter that there has been movement on the Castillejo exit front but it might not necessarily be Getafe despite all the recent rumours, with the operation a ‘work in progress’.