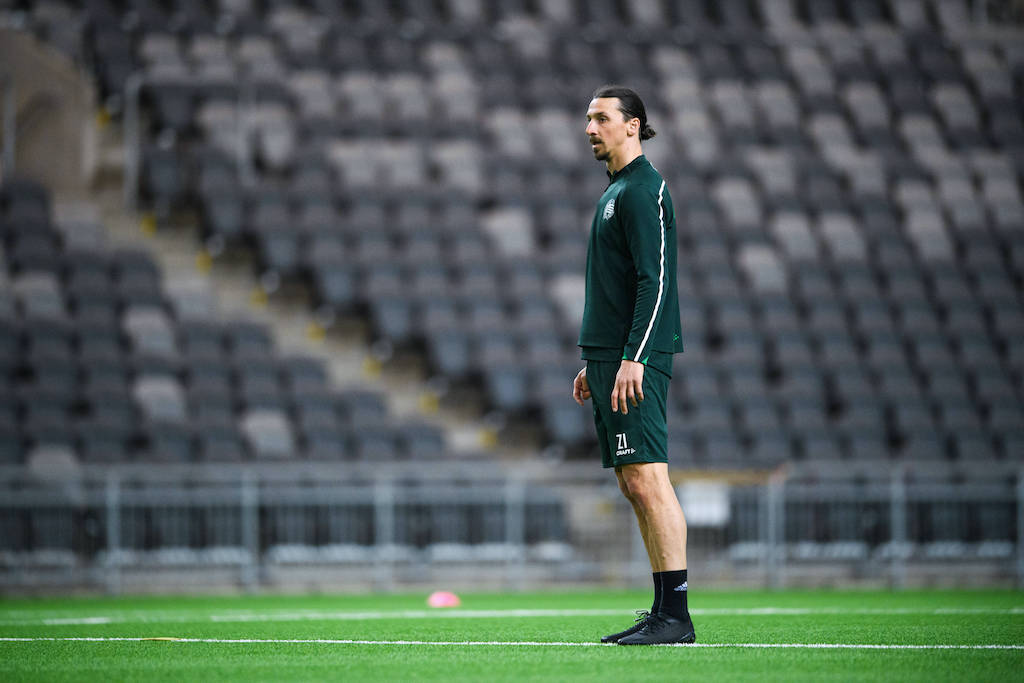 CM: Zlatan Ibrahimovic arrives back in Milano – he could spend quarantine at Milanello

Zlatan Ibrahimovic has landed in Milan. After two months spent in Sweden, the AC Milan striker has finally returned to Italy.

As reported by calciomercato.com (via MilanLive), the Swede arrived at Malpensa airport in a private jet on Monday, and now the 38-year-old will have to stay in quarantine for two weeks.

It seems that he will spend this period in Milanello, where he will sleep and work individually when his teammates do not train.

Ibrahimovic is in good physical condition, given that the same restrictive measures used in Italy have not been adopted in Sweden.

He trained for weeks with Hammarby, a team in which he is a shareholder with 25% of the shares. in fact, Hammarby sporting director Jesper Jansson has added fuel to the fire regarding rumours Ibrahimovic could join them this summer by stating earlier today that “there is a chance”.