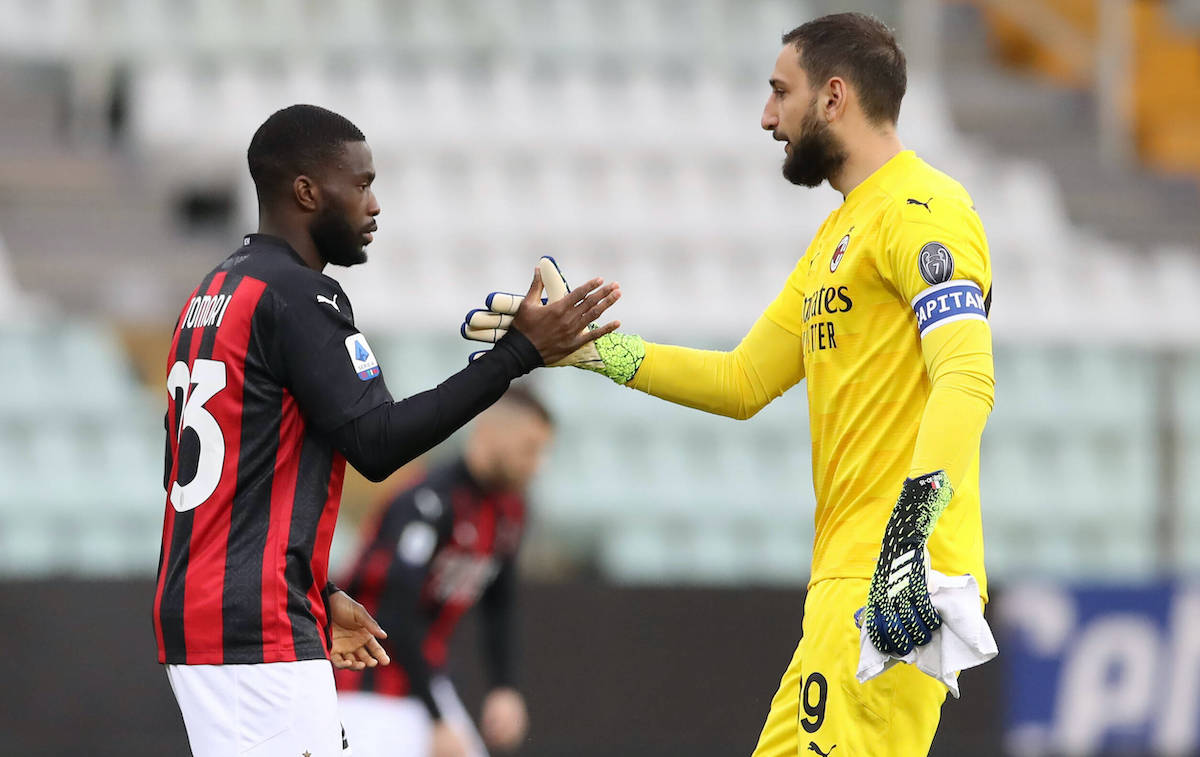 Journalist Paolo Condo has given his thoughts on Gianluigi Donnarumma’s decision to leave the club as well as Fikayo Tomori’s probable signing.

Milan ended the season with five consecutive clean sheets making them one of the best goal defences in the league during that period, and it is thanks to the exploits of the No.99 and also centre-back Tomori, who appears set to sign permanently from Chelsea for €28m.

The former La Gazzetta dello Sport journalist Paolo Condo spoke during an interview with MilanLive about Donnarumma’s decision not to renew with the Rossoneri.

“There are two discussion levels. I generally think that when a champion is born in the youth sector of a great club, there is a very good chance that he is a player destined to wear that jersey for his entire career. When a player is born in an ambitious club, such as Maldini, Bergomi, or champions who arrived from young people like Del Piero and then remained throughout their career, it is thought that he can become an icon.

“It is clear that Donnarumma is free to make his own decisions, but my feeling is that it is not his decision, but a decision of his agent. I was expecting a little more personality from Donnarumma. The club was also wrong, because a player of that level cannot be allowed to have their contract expire.

“If you don’t want to renew one year before the expiry, you need to find a way to sell him. I was struck by the statements of Ibrahimovic, who said that Donnarumma made a mistake, he had to stay at Milan and become a flag. Ibra is an independent thinker, unlike Donnarumma.”

“With a discount I would redeem them both. Let’s say that Tomori has done more than Tonali, and the value of 28 million is not very far from reality. Tonali I would try to bargain, I would definitely give him a second chance.”

Did the economic crisis in football really start because of the pandemic, or does it start earlier?

“It starts much earlier of course, and then Covid blew it up. I stop and add that at the moment there are in fact several teams that are lowering the salary, trying to focus on young players, it seems they are aligning themselves with the Milan model. Is this the right way?

“The crisis begins when there are properties such as Manchester City, Chelsea and PSG that enter and have no spending constraints. They enter the world of football for other reasons, because they want to make themselves presentable in the eyes of the world.

“All they spend in the world of football, three of these four were in the semi-finals of the Champions League, they fall into their pockets in another form, is what is called soft power. Financial Fair Play has failed, the problem is that there are clubs that have created huge budget holes.

“It is perfectly fine that clubs now lower their salaries and focus on young people, but there must be certainty that the other clubs mentioned above will do the same thing. If you tell Donnarumma ‘I can’t give you 12 million – an over the top figure – I’ll give you 8’, but then PSG arrives, then it’s not good. The hole will continue to widen.”

Some advice for Milan on the transfer market…

“In my opinion, this year the market will be very limited, due to the issues we have just discussed. The market must be limited, otherwise it makes no sense to speak of a crisis. If I were in Milan I would go and invest everything in a striker to work alongside Ibrahimovic.

“We talked about Vlahovic, I really like Scamacca. If I add one of the two to Milan last season, in my opinion Milan can do well without losing anyone, and I would give Pobega a chance. I would also take a look at Pessina and if Calhanoglu does not renew I would replace him, but I would bet on these names.”