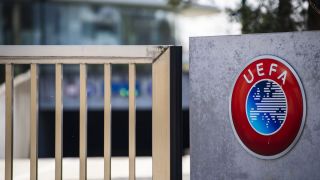 Confusing Juve statement, ‘fake news’ and a lack of sanctions – latest on the Super League

News and updates continue to filter through regarding the Super League and the fallout from it, including what UEFA are planning to do next.

Goal.com reporter Kerry Hau reports how after the collapse of the Super League there are no direct sporting sanctions such as Champions League or Europa League are planned from UEFA. Not even Super League pioneers Real Madrid will be punished, who are scheduled to play against Chelsea next week.

According to what is being reported by L’Equipe (via ACMilanFR), UEFA will restructure the Financial Fair Play to provide flexibility for clubs.

Juventus have published a statement meanwhile during which they didn’t either mention their fans or confir, their withdrawal from the Super League.

“Juventus remains convinced of the soundness of the project’s sport, commercial and legal premises, it believes that at present there are limited chances that the project be completed in the form originally conceived. Juventus remains committed to pursuing the creation of long-term value for the Company and the entire football industry,” the statement reads (via FI).

Meanwhile, Sky’s Kaveh Solhekol is reporting that some breakaway owners still think the Super League is good idea which was badly executed. He adds that there is anger and recriminations inside clubs today. One senior executive totally sidelined by his owner: “It’s been complete madness. It’s destroyed our reputation.”

There were rumours circulating that a 5pm deadline had been set by UEFA for the remaining clubs to pull out of the competition, but Francesco Porzio claims that is ‘fake news’.