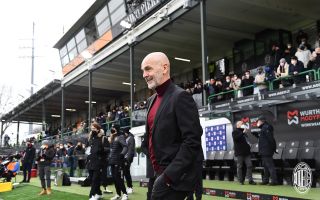 GdS: Constantly evolving Pioli creating his own champions rather than asking for them

AC Milan have been on a journey under head coach Stefano Pioli that has certainly had more ups than downs, as he continues to learn on the job.

La Gazzetta dello Sport begins an analysis of Pioli’s merits by rightly pointing out how there are coaches who ask for the best players, or who demand that their current stars be protected at any cost, and then there are coaches who develop their own champions by creating the conditions for young players to thrive and demonstrate their talent.

Pioli is good at working with those who have talent because his style football is harmonious and flexible. It is a modern type of football but it has been far from flawless at times during his tenure since eight games into the 2019-20 season.

Despite this, his tactics have continuously improved and he no longer has to rely on Ibrahimovic’s ferocious desire to test himself but can now utilise all aspects of his squad’s strengths from front to back such as Leao’s tormenting runs, Tonali’s directing of the game, Tomori’s aggression, Theo’s spontaneity and Calabria’s resurgence.

The bottom line is that there are lots of merits to the squad and plenty to smile about for Milan, and the work of the constantly evolving Pioli is helping to extract the best from it.